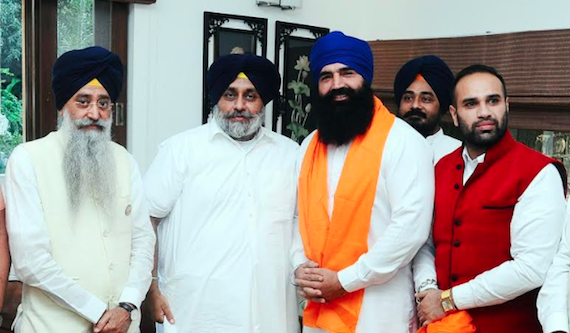 In a written press release the Shiromani Akali Dal (Badal) maintained to have got a major shot in the arm with the induction of “renowned singer, social worker, ex-kabaddi player and sports promoter K.S. Makhan into the party fold by the SAD President” and Punjab Deputy Chief Minister Sukhbir Badal.

“Welcoming K.S. Makhan into the party with open arms, the SAD President & Deputy Chief Minister Punjab S Sukhbir Singh Badal said that the multi-faceted personality of K.S. Makhan would prove to be extremely beneficial in developing further connect with the youth of the state as the singer holds considerable sway over the youth owing to his songs and social service activities which have always promoted Punjab, Punjabi and Punjabiat”, reads the statement.