Chandigarh: Gujarat Files is the account of an eight-month long undercover investigation by journalist Rana Ayyub into the Gujarat riots, fake encounters and the murder of state Home Minister Haren Pandya that brings to the fore startling revelations. Posing as Maithili Tyagi, a filmmaker from the American Film Institute Conservatory, Rana met bureaucrats and top cops in Gujarat who held pivotal positions in the state between 2001 and 2010. The transcripts of the sting operation reveal the complicity of the state and its officials in crimes against humanity. With sensational disclosures about cases that run parallel to Narendra Modi and Amit Shah’s ascent to power and their journey from Gujarat to New Delhi, the book tells you the hushed truth of the state in the words of those who developed amnesia while speaking before commissions of enquiry, but held nothing back in the secretly taped videos which form the basis of this book. 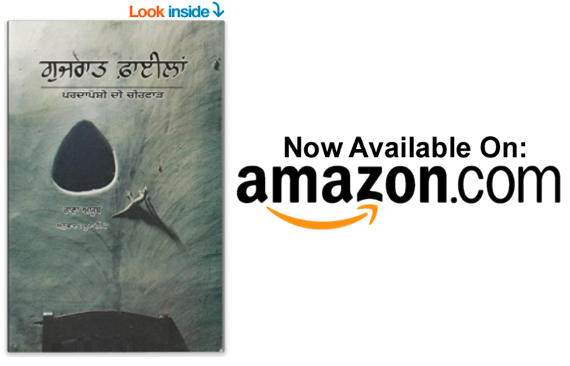 The book has been translation in many regional languages and its Punjabi version was launched in Chandigarh on December 04, 2016 at Prachin Kala Kendar, Sector 35.

This is video recording of speech of Rana Ayyub’s speech during launch of Punjabi Version of book Gujarat Files.