Over the years we have always seen the double standards of justice system in India. The ruling Governments, security agencies, police etc. are very quick to charge, arrest and punish the persons belonging to minorities, even kill them and their family members in fake encounters but strangely the same Governments, security agencies, police etc. act dumb and blind when it comes to punish the guilty Hindutava forces. Over the years the Hindutava forces have killed innocents belonging to minorities, Muslims, Sikhs, Christians but ruling Governments have always failed to punish the guilty involved in these innocent killings. Can anybody explain why the Governments, security agencies, police etc. don’t know anything about the guilty involved in these killings of innocents belonging to minorities? Why all those guilty are walking around freely? 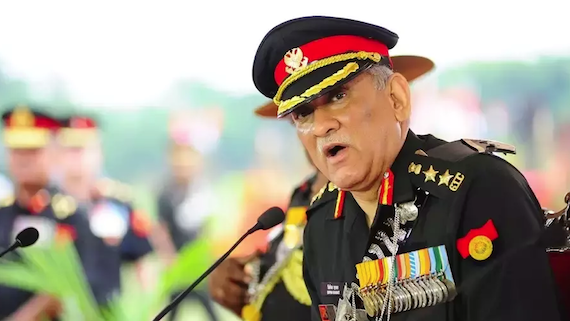 The present Modi government, BJP leadership are working to incite communal tensions and violence in the country before the next elections. That is the only way they hope to get Hindutava majority votes and win elections. And this time the ruling government has dipped down to low levels to misuse the Army General to help on their agenda. General Bipin Rawat has made big statement about alleged insurgency in Punjab and a quick army action to suppress this insurgency. Lately there has never been any news about any such insurgent activities in Punjab. Why this army General making such a statement about insurgency in Punjab? Does he really want peace in Punjab or to create insurgents and innocent killings in Punjab, leading to kind of army action that we saw in 1980-90’s killing thousands of innocents?

This army General Bipin Rawat can see insurgency in Punjab where there has been no insurgency related violence. But why army General Rawat don’t see the insurgency and extremist activities of right wing Hindutava forces who are killing innocents in various parts of Indian subcontinent? Why the army has never taken any action against those right wing Hindutava forces who have killed thousands of innocents belonging to minorities? Why they just want to act against Sikhs and Muslims? Army shouldn’t be misused by the ruling Governments and political leaderships for their political benefits.