Amritsar/ Chandigarh: Sukhbir Badal, Deputy CM of Punjab and chief of ruling Shiromani Akali Dal (Badal) said that the Punjab government has done everything that was possible on the issue of Sikh political prisoners. He said that the Punjab govt. worked beyond it’s capacity to solve this issue but some people were working in irresponsible manner to misguide the general public. 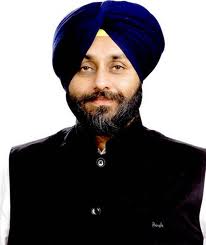 He said that Prof. Devender Pal Singh Bhullar and Gurdeep Singh Khera have already been transferred to jails in Punjab and in wake of conditions imposed by the Supreme Court of India the Punjab government has no power to deal with cases of concerned prisoners.

He said that the list of Sikh prisoners, which was handed over to him, includes names of undertrial persons to the extent of seventy percent and Punjab government was not in position to help them in any manner.

He said that instead of understanding the legal position, some people were playing politics over this issues.

SAD (Badal) chief that there were attempts to arouse the sentiments of people under the garb of hunger strike of Surat Singh Khalsa.

He said that the Akali Dal has a long history of struggle and the party leaders have sacrificed a lot to uplift the party and only a handful of people can not be said to represent the feelings of entire Sikh nation.

When asked to comment on Sukhbir Badal’s statement Bandi Singhs Rihai Sangharsh Committee member and Akhand Kirtani Jatha leader Bhai RP Singh said: “Deputy CM keeps on changing his statements, so what to say about this statement? Few days back he was saying that efforts were underway (on the issue of Sikh political prisoners) and now (he makes) this statement”.

RP Singh said that the struggle for release of Sikh political prisoners, who have served minimum mandatory terms of their sentence, was well founded and there are ways that the Punjab government may adopt to solve the issue.

He said that a meeting of the Sangharsh Committee will be held on 11 August at village Hassanpur to decide future course of action.