Raipur: Close to the heels of an encounter in Bijapur district of Chattisgarh earlier this month in which ten Maoists where killed by the police – in a retaliation to that the Maoists in an attack on Central Reserve Police Force (CRPF) killed 9 of its personnels by blowing up their mine-protected vehicle. 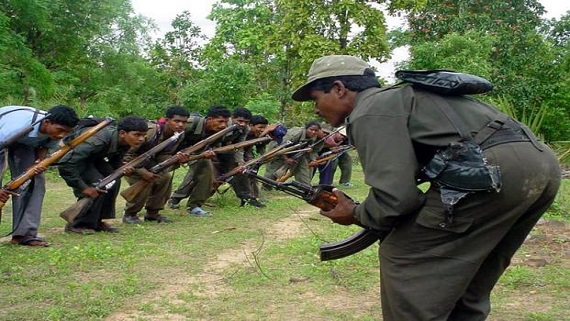 Maoists during training. (Image For Representation)

It is reported by the media sources, that the incident took place around 12:30 pm along the Kistaram-Palodi road of the district when the troops of the 212th battalion of the Central Reserve Police Force (CRPF) were out on an operation.

At least nine men have been killed, while two other jawans suffered injuries after the mine-protected vehicle was blown up by multiple improvised explosive devices (IEDs) concealed under the dirt track, said a senior official while talking to the media persons.

“The injured personnel are being airlifted to Raipur.”

Soon after the incident, reinforcements were rushed to the spot, around 500 km from state capital Raipur, he said, adding further details were awaited.