New Delhi: Reacting to Supreme Court of India’s (SCI) rejection of a review petition seeking to reopen 215 cases in which over 700 members of the Kashmiri Pandit community were killed in Jammu and Kashmir in 1989-90, Asmita Basu, Programmes Director at Amnesty International India said. 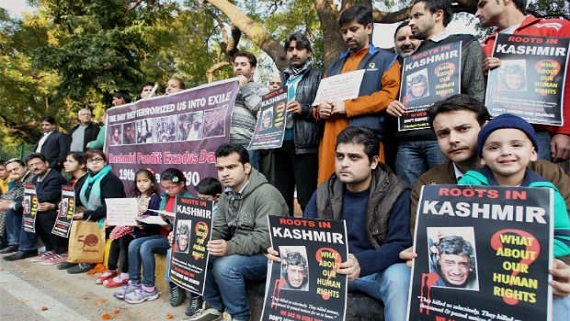 “The Supreme Courtof India’s decisions are a setback for justice and accountability in Jammu and Kashmir. All allegations of unlawful killings must be investigated by independent civilian authorities and those responsible brought to justice.”

“In July this year, the SCI had directed an independent investigation into over 80 cases of alleged extra-judicial executions in Manipur dating back to 1979, ruling that crimes cannot be overlooked only because of the passage of time. This principle should be applied in all cases of alleged human rights abuses.”

On 27 October, the SCI rejected a plea urging it to review its 24 July order when it had dismissed a petition seeking the re-opening of the 215 cases, ruling: “…more than 27 years have passed… No fruitful purpose would emerge, as evidence is unlikely to be available at this late juncture.”

In the early 1990s, armed groups allegedly carried out several attacks on members of the Hindu minority Kashmiri Pandit community, leading to hundreds of thousands of them fleeing Kashmir.

A Jammu and Kashmir Police report in 2008 stated that 209 Kashmiri Pandits had been killed in the state since 1989, but that charges had been filed in only 24 cases. Several cases in which Kashmiri Pandits were killed by suspected armed group members – such as the killing of 24 Kashmiri Pandits in 2003 in Nadimarg, Shopian – have not led to convictions.