New Delhi: Kapil Mishra, sacked as minister after he accused Delhi Chief Minister Arvind Kejriwal of corruption, was attacked on Wednesday evening while on a hunger strike at his residence in Delhi’s Civil Lines, notes NDTV.

As per reports a man named Ankit Bharadwaj walked up to Kapil Mishra and slapped him several times before he was stopped by the former minister’s supporters, who later called in the police. 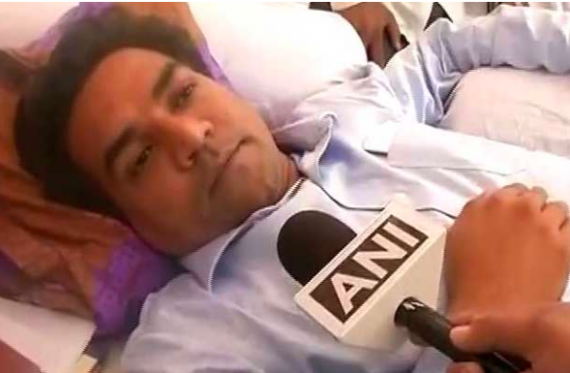 “He is part of the Bharatiya Yuva Morcha…We don’t support violence of any kind,” said AAP leader Sanjay singh.

Kapil Mishra was suspended by AAP on Monday evening. This morning he began the hunger strike demanding that AAP reveal details of foreign trips made by five of its top leaders. He has also levelled allegations of corruption against AAP chief and Delhi CM Arvind Kejriwal.