Hoshiarpur: Commemorating the 412th anniversary of first parkash of Guru Granth Sahib as per the original version of Nanakshahi calendar, the Sikh Youth of Punjab (SYP) will organize a conference on Sep 1 at Tanda.

The first Parkash of Guru Granth Sahib was performed at Darbar Sahib by Guru Arjan Dev in 1604.

As per original Nanakshahi calendar the date of this Gurpurb was fixed for Sep 1st, while the SGPC following the amended version is observing the day on Sep 2nd. 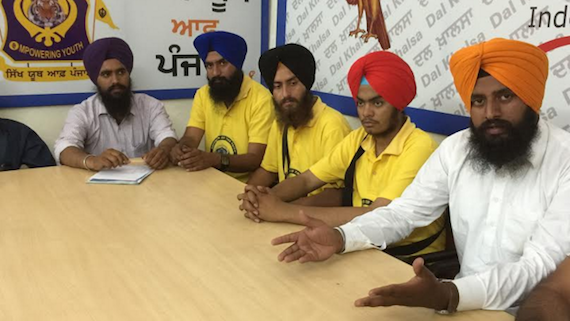 SYP, the youth wing of Dal Khalsa rejects the amendments made by the SGPC under pressure from the ruling Akali Dal to appease Sant Samaj saying the changes are in sync with Hindu Bikrami calendar.

We believe the amended version has an imprint of RSS ideology, hence we vowed to stick to original version and observe all gurpurab and festivals according to it, said Paramjit Singh, the president of the youth organization.
He slammed the SGPC and Badals for killing the letter and spirit of the Nanakshahi calendar and re-implementing Bikrami in the guise of Nanakshahi.

He said the objective of the conference was to uphold and re-enforce our faith towards the concept of Shabad-Guru.

He said that Sikhs have been passing through a critical phase of history in the recent times. The biggest challenge before the community was to expose the conspirators who had engineered incidents of sacrilege of Guru Granth Sahib at various places.

Notably, the original Nanakshahi calendar, which was adopted in 2003, is based on solar charts. It has fixed the dates of all major “Gurpurbs”, except for three, and all 12 “Sangrands”.