The Ministry of Utmost Happiness: Arundhati Roy’s New Novel to come up in 2017

London: Twenty years after Arundhati Roy won the 1997 Booker prize for her debut novel “The God of Small Things”, the publisher of renowned novelist’s work has announced to release her new novel titled “The Ministry of Utmost Happiness” in 2017.

Arundhati Roy, an author and intellectual has published a write-ups on wide range of topics since 1997 but announcement regarding her new novel came recently through the publishers. The Ministry of Utmost Happines is being published by Hamish Hamilton and Penguin India.

“I am glad to report that the mad souls (even the wicked ones) in The Ministry of Utmost Happiness have found a way into the world, and that I have found my publishers,” said Roy. 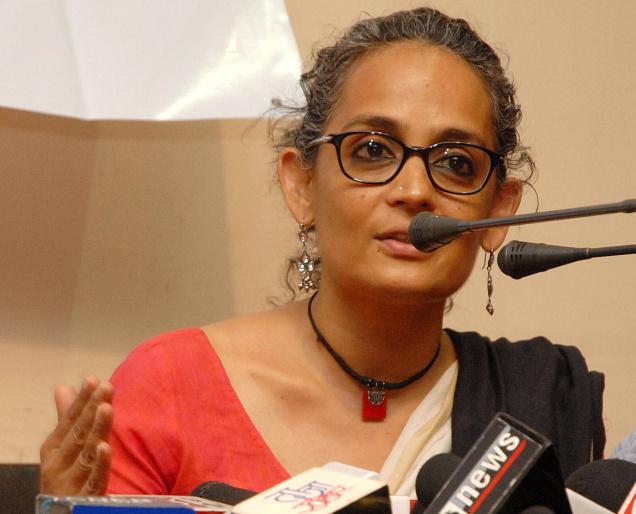 “Only Arundhati could have written this novel,” added her literary agent David Godwin. “Utterly original. It has been 20 years in the making. And well worth the wait.”

In 2011, Roy told the Independent of how her friend John Berger, a fellow Booker prize winner, had urged her to continue writing her second novel, but that she was distracted from it by her investigation into the Maoists in India, notes The Guardian.

“About a year and a half ago, I was with John at his home, and he said: ‘You open your computer now and you read to me whatever fiction you are writing.’ He is perhaps the only person in the world that could have the guts to say that to me. And I read a bit to him and he said: ‘You just go back to Delhi and you finish that book.’ So I said ‘OK’,” Roy told the Independent in 2011. “I went back to Delhi, and in a few weeks, this note was pushed under my door: just an anonymous typewritten note asking me to visit the Maoists in the jungles of central India.”

Roy’s publishers called her new novel “one of the finest we have read in recent times”, and “an incredible book … on multiple levels”.

Simon Prosser and Meru Gokhale of publishers Hamish Hamilton and Penguin said in a statement: “To publish this book is both a pleasure and an honour.

“What an incredible book it is – on multiple levels; one of the finest we have read in recent times.

“The writing is extraordinary, and so too are the characters – brought to life with such generosity and empathy, in language of the utmost freshness, joyfully reminding us that words are alive too, that they can wake us up and lend us new ways of seeing, feeling, hearing, engaging.

“It makes the novel new – in the original meaning of novel.”

“The God of Small Things was a formative book for me. The freshness of Roy’s writing and the power of the story marked her out immediately as a major novelistic talent, and it always seemed a pity that she had chosen to move away from fiction,” said Waterstones fiction buyer Chris White. “Consequently, I’m delighted that a new novel has been announced two decades after the first… I can’t wait to read it.”