Jammu police had shot Jashmeet Singh in head as a result he had died on the spot. 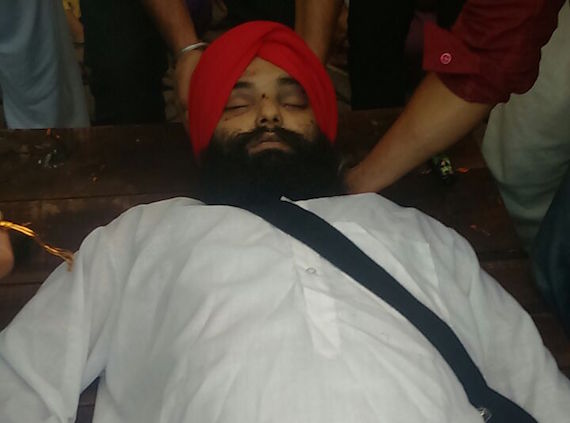 The Amtim Sanskar of Jashmeet Singh was attended by Sikh sangat from Jammu and other parts of Jammu and Kashmir. Representatives of various Sikh organisations from Punjab also attended last rites of Bhai Jashmeet Singh. The cremation took place at 11:30 am today at village Chohalla. 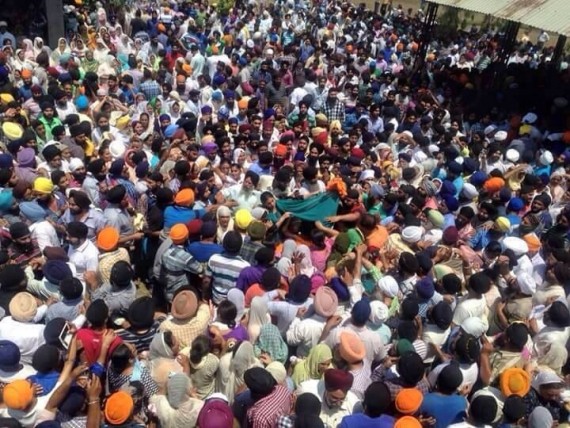 Bhai Jashmeet Singh was 24 years old. He was an employee in a telecom company. He was a devout Sikh who used to offer his services in religious samagams. He was also proving free turban tying training to teenagers. 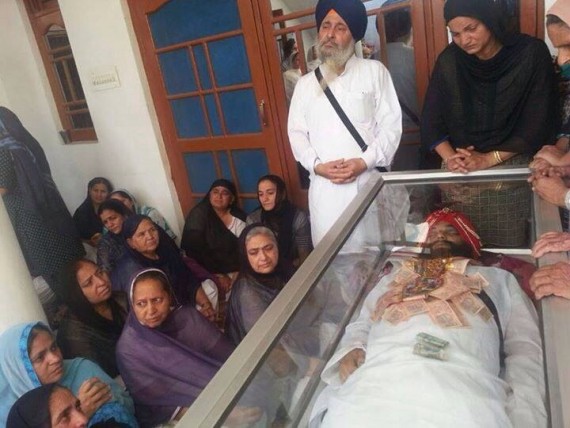 Family members of Shaheed Jashmeet Singh with his dead body

Antim Ardas of Bhai Jashmeet Singh will be held on June 13.

Meanwhile the Jammu police has reportedly registered an FIR against police personnel Manjit Saini, who has shot Bhai Jasmeet Singh.