Barmer: As per the media reports twenty Muslim families were forced to leave their village in west Rajasthan after being threatened by Hindu upper caste villagers  in a string of events starting with the murder of a folk singer. 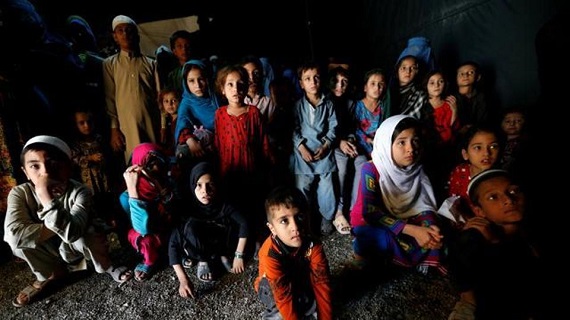 The 200-odd Muslims are living under police protection in homes of their relatives at Balad, about 20km from their village Dantal in Jaisalmer district.

The exodus is the latest in a series of incidents targeting the minority communities in the BJP ruled state, where a cattle trader from Haryana, Pehlu Khan, was lynched in April by a cow protection vigilante group followed by thrashing of three Sikhs by the villagers in district Alwar on the pretext of mistaken identity.

A police official reportedly said that the trouble at the Jaisalmer village began during a Navratri function in a village temple on September 27, where folk musician Amad Khan performed religious songs. Khan, 45, belongs to a folk artist community known as Langa Maganiyaar.

A village faith healer, Ramesh Suthar, asked Khan to sing a particular raga so that the spirit of the temple goddess enters his body. Suthar, however, blamed Khan’s ‘poor’ singing as the reason for the goddess abandoning him, police said.“Suthar broke Khan’s musical instruments and assaulted him,” reads the quote from a statement given by Police official while interacting with the media.

The same night, Suthar and two others allegedly kidnapped Khan from his home, Khan’s younger brother Suge Khan said. “Later, my brother’s body was thrown outside the house.”

The next day, elders of a dominant Hindu community allegedly threatened Khan’s family members against lodging a complaint. “We got scared and buried his body quietly,” Suge Khan said, reports Hindustan Times (HT).