Tributes paid to A. R. Darshi, author of The Gallant Defender [Special report]

Ludhiana: Bhog and Antim Ardas of former PCS officer Ajit Ram Darshi was held on May 30 at Gurudwara of Sarabha Nagar. Sh. A.R. DarshiYes. had passed away on May 20. He was living at his Malhar Cinema road based house in Ludhiana. 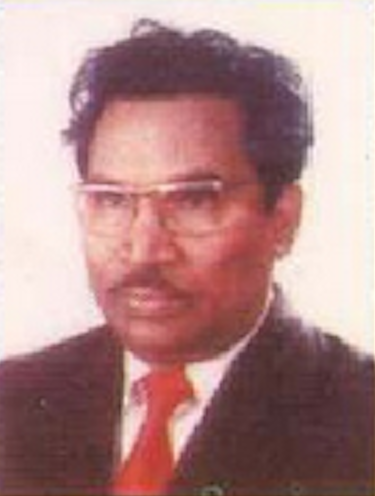 Sh. A. R. Darshi was a well known and respected personality amongst Sikh circles for his book titled: ‘The Gallant Defender’ on Sant Jarnail Singh Ji Khalsa Bhindranwale. The book was later translated by Prof. Kulbir Singh into Punjabi and it was republished under title Jaanbaaz Rakha [Gurmukhi: ‘ਜਾਂਬਾਜ ਰਾਖਾ’].

The antim ardas was largely attended by political leaders, social and human rights activists. State level ex-ministers, MLAs etc. It was decided by family members that no one would politicize the ceremony. Dozens condolence messages were received, including the one personal message of Punjab Chief Minister Parkash Singh Badal to Ms Anita Darshi SDM Sangrur, elder daughter of AR Darshi. She and her brother were bestowed Dastar and Siropa on behalf of Damdami Taksal and the Sikh nation.

Advocate DS Gill explained his association with Darshi, the departed soul’s close association with IHRO, Jathedar Jagdev Singh Talwandi and Sant Jarnail Singh Bhindrawale. A Research Paper ‘Ram Janam Bhumi A Myth’ prepared by AR Darshi was published by IHRO when he was in service for which he was compulsorily retired, added Mr Gill.

Download Book: The Gallant Defender, by A. R. Darshi

A. R. Darshi Memorial Library to be build at village Rode:

While paying homage to the departed soul, he also announced that the book authored by AR Darshi ‘The Gallant Defender- Sant Jarnail Singh Bhindranwale’ would be reprinted by Damdami Taksal (Mehta Chowk), Amritsar and distributed in abundance, worldwide.