Amritsar: Farmers and Sikh organizations today vowed that sacrifices and loss of lives of farmers during Kissan andolan won’t be allowed to go in vain. They were speaking at a function held inside Darbar Sahib complex in memory of Navreet Singh, who died with police bullets during Tractor March in Delhi on Jan 26. 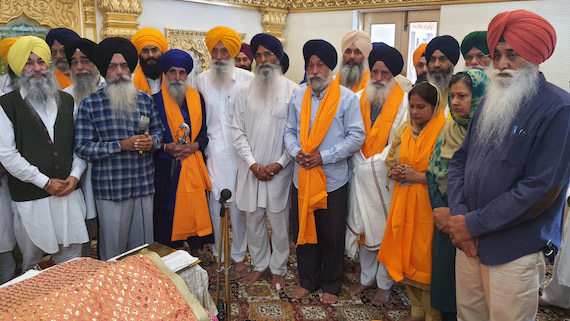 A view of the samagam

The ardas and shardanjali samagam was organized by Sikh Youth of Punjab (SYP) to pay homage to all farmers who lost their lives while participating in the agitation. The organizers prayed for the success of Kissan agitation and reiterated that till the repeal of three black farm laws the struggle will continue despite egotistical behaviour and repressive measures of the Union government. 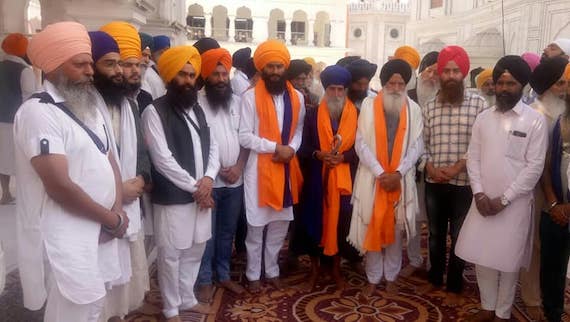 Another view of the samagam

The organizations backed the Bharat bandh call given by SKM on March 26. They appealed to shopkeepers and traders to shut their business establishments to show solidarity with farmers agitation and press upon the government to concede to farmers’ rightful demand. Terming them as part of the andolan, the leaders backed Lakha Sidhana and Jugraj Singh, who have been declared fugitive by Delhi police after the Jan 26 incident.

Bapu Hardeep Singh Dibdiba, grandfather of Navreet Singh appealed to youth to join tomorrow’s march from Moga to Singhu border to cement the relations between youth and Morcha leaders.