BENGALURU: Two jets of the Indian Air Force’s Suryakiran Aerobatic Team crashed in Bengaluru a day before the Aero India show begins in the city. The accident took place during a rehearsal session ahead of the mega show. The pilots of the two jets have ejected safely, initial reports said. 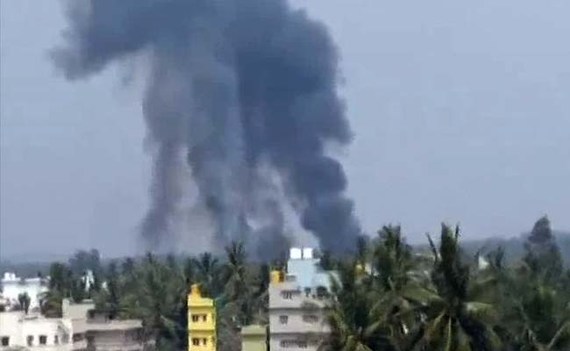 A Screenshot from a video after the incident.

The accident took place at the Yelahanka airbase in north Bengaluru.

A video showed thick, black plumes of smoke coming from the airbase.