“The forum welcomes any alliance for the betterment of Punjab and will not be a political party. May Punjab, Punjabiat and every Punjabi win. The launch of the ‘Aawaz-e-Punjab’ forum has had a rousing response in Punjab. Some speculative, some putting two and two together, but the majority towards fighting elections is Punjab,” said Sidhu in a statement.

As per media reports Navjot Sidhu said they won’t be a spoilsport and instead facilitate the Punjab election which is due next year. 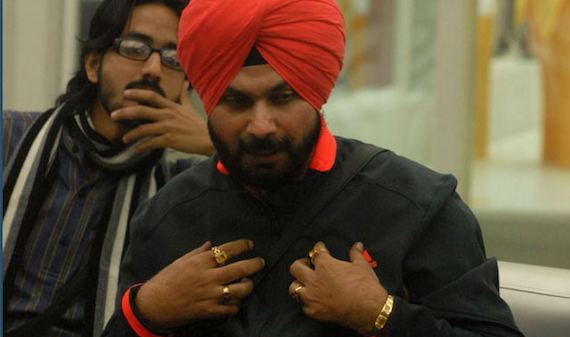 “The Bains brothers have roared like lions and wanted to fight 117 seats in Punjab. Hockey legend Pargat Singh the ‘Eternal Optimist’ was in the affirmative. I have pondered over the fluid- political situation in Punjab, weighed the pros and cons and come to a conclusive decision. We shall not confuse the people of Punjab but give them clarity to vote in Punjab’s interest,” he reportedly added.

Cricketer turned politician said they won’t divide the anti incumbency vote bank which could indirectly benefit the “corroborative and collusive Badal-Amrinder nexus which has plundered Punjab in the last 15 years.”

He said it would defeat their purpose of bringing a change for the betterment of Punjab.

“The past is the best guide to predict the future. The minimum time taken by a new party to win a state is almost two years, ample testimony to the fact that three months is too short a time for this herculean task. Our battle is to shake the system that has ruined Punjab. Politics is not a profession but a mission. There is no personal or political vendetta, just a burning desire to place Punjab ahead of us and reinforce the positive forces,” he added.