According to Times of India (TOI) the information in this regard was learnt from a letter from US authorities to NSA Ajit Doval recently.

“The letter is said to have comprised a regret message from Trump. The US president’s domestic commitments, notably his State of the Union (SOTU) address, around that time of the year are apparently the reason for Trump not accepting India’s invite”, notes Times of India. 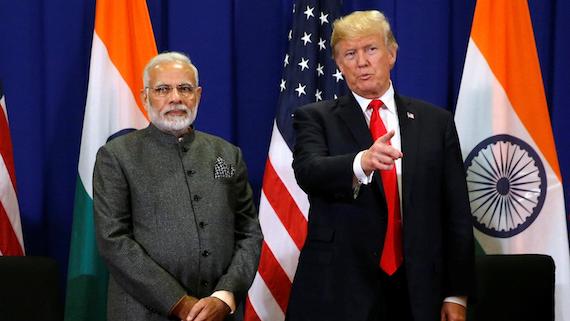 It may be recalled that Donald Trump’s predecessor Barack Obama had visited India as Republic Day chief guest despite having the same domestic presidential obligations in 2015.

Notably, the relationship between the Untied States and Indian government have been under a lot of strain lately because of differences over India’s weapons purchases from Russia and also its oil imports from Iran.

Despite the US dangling the threat of CAATSA, the government went ahead and signed a deal to purchase S-400 air missile defence system with Russia during President Vladimir Putin’s visit to India. In an interaction with some Indian journalists after Putin’s visit, Russian ambassador Nikolay Kudashev complimented India for, as he said, following an independent foreign policy. India has also refused to stop, or even cut down drastically, oil imports from Iran.