Hartford, Connecticut, USA: State of Connecticut, which in past have recognized Sikh Community on Multiple occasions, have decided to recognize them this year by wishing them Happy Sikh New year.

March 14th which is start of first month “Chet” according to “Nanakshai Sikh Calendar” has recently being recognized by Governor Ned Lamont as “Sikh New Year”.

Swaranjit Singh Khalsa Member Norwich Board of Education who is also serving as Coordinator of UN-NGO Council of World Sikh Parliament said “Our Community feel blessed to live in State of Connecticut where our happy and sad occasions have been recognized by State”. 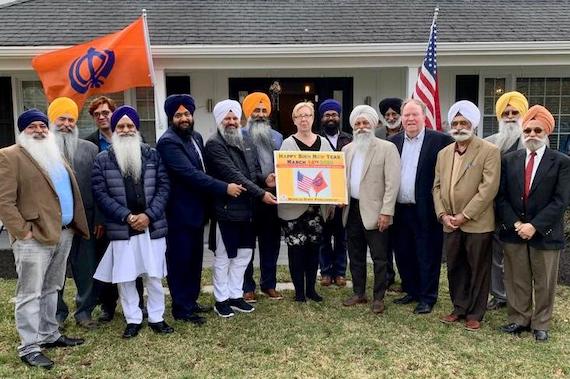 This year the Connecticut state has recognised March 14th as Sikh New Year.

The Offical Statement of Governor Lamont was read by State Leaders at resident of Swaranjit Singh Khalsa where members of local Sikh community and World Sikh Parliament were present.

Himmat Singh coordinator of World Sikh Parliament said “This is proud moment for Sikh Nation as this is first time in history of America that any Governor have recognized Sikh Calendar and wished Sikhs Happy New Year”. 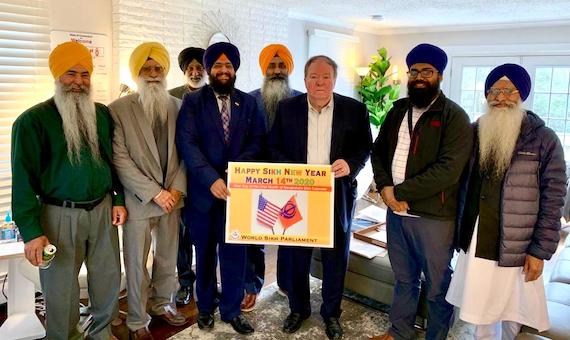 Hardyal Singh General Secretary of World Sikh Parliament and Member of UN-NGO Council said “This year is being historical for Sikhs in America as first US Census Bureau recognized Sikhs as Separate ethnic group and now Governor of the state recognizing Sikhs new year ,both of these news has boosted confidence among community”.

He also said “This historical achievements have open the door for Americans Sikh community to even get recognition at national level”.

Lt.Governor Susan Bysewicz also send her warm wishes and apologize that she was unable to make it today due to her presence needed at Emergency Operation Center of Connecticut in regards to National And state emergency protocol created by Corona Virus.

Many other Sikh Community Representative were also present including Baljinder Singh, Pawan Singh, Davinder Singh, Veer Singh and Manmohan Singh Bharara that expressed their gratitude towards State of Connecticut and Governor Ned Lamont.