Malerkotla: As per media reports the a Vishwa Hindu Parishad (VHP) link has emerged in the June 24 Quran burning incident in Malerkotla town in Sangrur district of Punjab. The beadbi of Quran had led to strong protests by the Muslim community in Malerkotla and the Sikh organizations had also condemned the incident of beadbi in strong terms.

According to Hindustan Times (HT), [o]ne of the three accused whose arrest was announced by police on Tuesday has been identified as Nand Kishore Goldy, a Pathankot resident and state secretary of the VHP. His son Gaurav and a Delhi businessman Vijay Kumar are others charged for the sacrilege incident that had triggered violent protests by the Muslims. 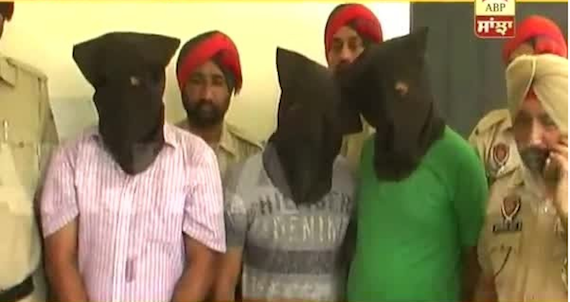 “Though police are tightlipped on the saffron angle to the incident so far, VHP state vice-president Devinder Kumar held a press conference in Sangrur on Wednesday, alleging that police have framed up its leader Nand Kishore”, notes HT.

Police sources said Vijay Kumar was the mastermind, who incited the father-son duo to commit the crime as “an act of revenge” for the terror attacks in Gurdaspur and Pathankot by Pakistan terrorists. Gaurav is an employee in Vijay’s firm.

“I have personally known Nand Kishore from last 15 years and he succeeded me as VHP secretary” said Devinder Kumar.

Disclosing arrests in this case Patiala range inspector general of police Paramraj Singh Urmranangal had told media persons that the main accused Vijay Kumar is a Pakistan and Muslim hater and he wanted to trigger communal violance by committing beadbi of Quran. He said that Vijay Kumar even administers an anti-Pakistan whatsapp group and wanted to ‘avenge’ Pathankot attack.

The 24 June beadbi incident had led to violence in only Muslim dominated city in Punjab.