Madrid: The voters in Catalonia an autonomous region in Southern Spain has once again delivered a blow to Madrid by backing pro-independence parties in regional elections. The election were held on Thursday, 21st December 2017. 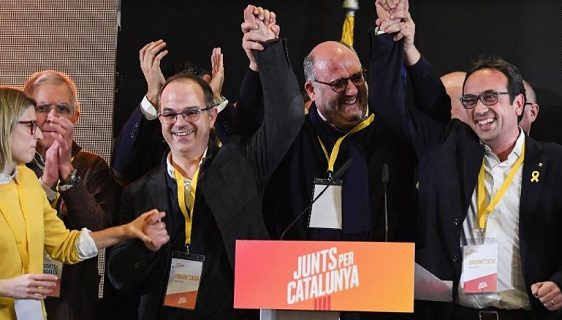 Following the poll result former Catalan President Carles Puigdemont celebrated the results from Brussels where he’s been in self-imposed exile since Spanish authorities  announced that they were seeking his arrest, after a non-binding referendum on Catalonian independence was passed successfully in October this year.

“The Catalan Republic has won,”  he reportedly announced in Brussels in the early hours of Friday morning. “The Spanish government was defeated.”

But Madrid’s hopes were clearly dashed. With more than 99% of the vote counted, no single party gained an outright majority but the three ‘pro-independence’ took 70 seats. They needed 68 to keep their grip on the 135-seat Parliament, notes CNN in its report.

To govern the pro-independence parties will need to join in a coalition. Such a scenario would push the Madrid-Barcelona relationship back to where this all began three months ago, with a provocative pro-independence government in Barcelona rattling Madrid.

While interacting with the media, Mr Rajoy said he would negotiate with whoever became the new head of the Catalan government but they would have to take up their post in Catalonia.”

Carles Puigdemont had  earlier called for talks to take place in Brussels, where he is living in self-imposed exile, reports the BBC.