In an interview, available over social media, an anchor of News18 Channel asked Gurpatwant Singh Pannu that wether the Sikh For Justice was being funded by the ISI? In reply to this, Gurpatwant Singh Pannu said that he was a citizen of the United States of America, not Pakistan. He asked that why the Indian government hesitates from alleging that US’ CIA backs Sikhs For Justice (SFJ). 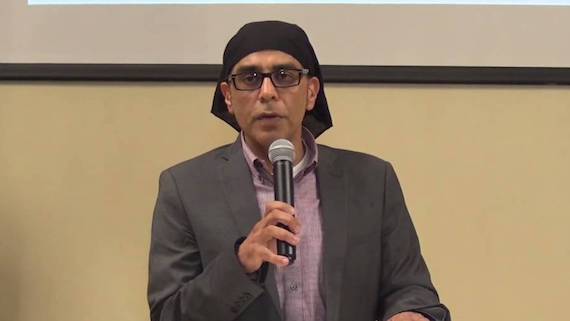 He maintained that SFJ or he has no direct or indirect link with the Pakistan and their group is active in US, Canada and the UK.

It is notable that the SFJ held a rally in Trafalgar Square in London on April 12 to announce ‘London Declaration’ as a part of its ongoing campaign called ‘Referendum 2020’. The British government had allowed the SFJ to hold the event despite formal objections from the Indian government. Indian media and Indian politicians, including Punjab CM Capt. Amarinder Singh leaders of Shiromani Akali Dal (Badal) have been alleging that SFJ was being backed by the ISI.

The said TV interview was uploaded on YouTube by News18 Punjab on August 3, 2018.