Rohtak: In an address during a concluding session of Agri Leadership Submit 2018 at Rohtak, Haryana on Monday, the Union Minister for Transport and Water Resources Nitin Gadkari reportedly said that the Centre would take steps to stop the unutilised Indian share of water flowing to Pakistan through three rivers. 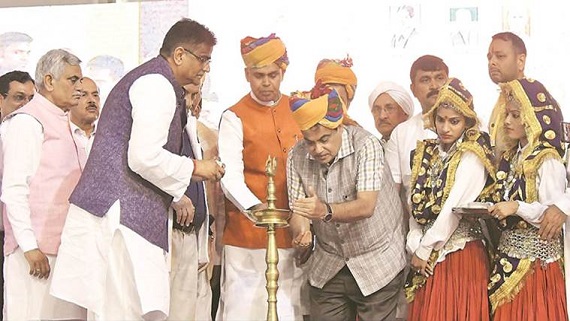 “Three dams will be constructed in Uttarakhand to stop the unutilised share of India in the river waters from flowing back to Pakistan. Water thus saved would be brought to Haryana through the Yamuna to overcome shortage and feed the parched lands in the state. It will be taken to other states also,” he further said.

“During Partition, India got three rivers but we could not utilise our share of the waters, which kept flowing back to Pakistan. Now, the Centre has decided to stop the flow of the country’s due share into Pakistan and utilise it to feed our parched lands.” Furthermore, he maintained that “The Centre had taken several steps to utilise water flowing waste into the ocean. Through drip irrigation, farmers will get three times more water, which would result in more than doubling the production”.

Pointing out the 60 years old trilateral Indus water treaty signed between India, Pakistan and the World Bank being a party to it, the minister stated that the two countries each had got three rivers after Partition in 1947, claiming that Indian share of water was also going to Pakistan, notes Indian Express (IE) in its report.