Coventry, England: “The World Sikh Parliament UK delegation came together on Tuesday (March 18), at the Gurdwara Sri Guru Singh Sabha in the UK City of Coventry, where each of the various councils were discussed, including the structure, functionality and objectives if each was presented in full and agreed after a healthy and positive debate”, a release by WSP informed. 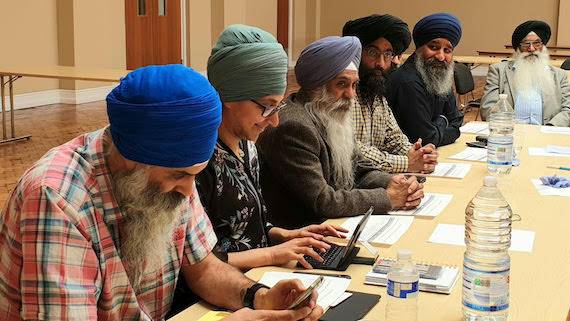 “There was a reiteration of the World Sikh Parliament pledge to work tirelessly and diligently toward the complete self determination of the Sikh Nation and how it can be developed further toward achievement through the WSP”, the release read further.

Members involved included delegates from Derby, Bradford, Birmingham, Coventry and London and of all ages with a healthy representation of Sikh ladies. In total, 16 office bearers were selected from 30 members to represent at the centre, regional and council level of the WSP, it added.

The meeting concluded with future projects to be done by WSP and also plans for welcoming the full world delegation to the global assembly to be held in the UK later during the year 2019, Manpreet Singh, Member of Co-ordinbation Committee World Sikh Parliament told Sikh Siyasat News (SSN).