Chandigarh: Sikh pilgrims are allegedly being stopped from visiting Gurdwara Gurudongmar in Sikkim. They allege that there are, however, no curbs on other tourists, who are issued permits from the state capital Gangtok.

It is notable that this place is located close to India-China border and visitors require permits to visit that place.

Gurpreet Singh of BRS Nagar said he was not allowed to visit the gurdwara. Subash Singh of Chandigarh said a group of 25 Sikh pilgrims were not given passes to Gurudongmar from Gangtok. 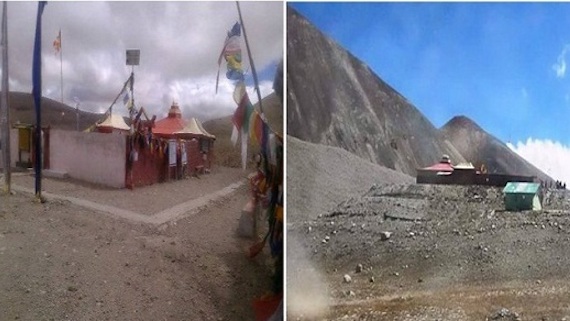 Col Dr Dalvinder Singh Grewal (retd), who recently went to the state, alleged that there was an “undeclared ban” on Sikhs.

“The curbs have now been tightened especially after Guru Granth Sahib was unceremoniously removed from the gurdwara and was left on the road outside by Buddhist lamas at the Gurdwara at Chungthang in August last year,” a report in The Tribune (TT) quotes Col. Grewal.

Meanwhile, the Delhi Sikh Gurdwara Management Committee (DSGMC) has raised the issue with Indian Home minister Rajnath Singh, Minority Affairs Minister Mukhtar Abbas Naqvi and to the Chairman of India’s Minority Commission urging them to ensure that Sikhs are not barred from visiting the place.