Chandigarh: As per reports emanating from Chintagufa in Sukma around 12 DRG and 5 STF men are missing after the Indian forces came under heavy fire on Saturday (March 21) afternoon.

A report in the Indian Express notes that [a] party of around 550 men of DRG, STF and CoBRA were sent on Sunday morning to retrieve them, Chhattisgarh DGP said. Of the 14, locations of four were traced last night. 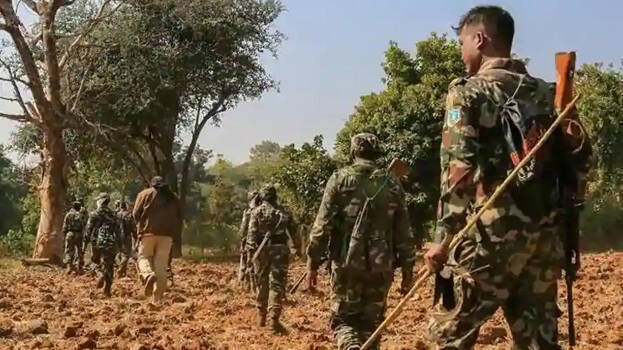 On Saturday afternoon, a joint team of DRG, STF, and CoBRA from Chintagufa, Burkapal and Timelwada were sent on an operation to Elmagunda, where information of Naxal formations was received. The teams reached Elmagunda and were returning when they were ambushed near Korajguda hills at around 02:30 pm. Fifteen DRG personnel were injured in the firing.

“Out of the 17 people, four have been traced as they made phone calls, one to his wife and three to others late last night. We had their locations at night, but now we can’t say. For the other 13, we have no idea where they are or how many have been martyred” said DGP Durgesh Awasthi. He added that this is the biggest incident since 2017.