Chandigarh: Aam Aadmi Party (AAP) on Tuesday (Feb. 14) appealed to Chief Electoral Officer (CEO) Punjab to completely restrict any sort of activity within the compound where Electronic Voting Machines (EVMs) are stored in the state. 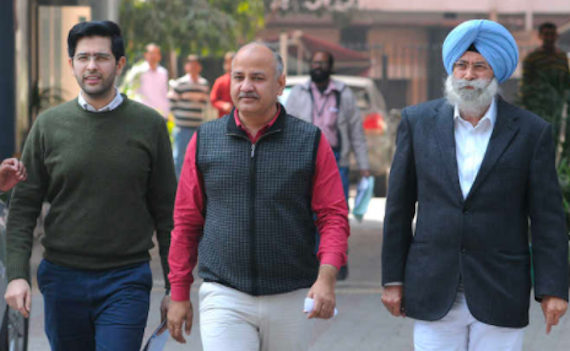 They said that even though Election Commission has clarified that EVMs removed by district officials were those used in the Municipal Corporation elections but it was an unusual and suspected action. The AAP leaders said that district authorities had no business to enter the complex till the time election process is not completed.

AAP leader further said that about 15000 AAP volunteers were monitoring the EVMs and would stand guard to any attempt by ruling SAD-BJP alliance to alter the process. They claimed that Badal Dal leaders were frustrated over imminent defeat and they can go to any extent to sabotage the EVMs. They demanded from EC not to allow any official to go beyond first circle of security.