In a written release issue yesterday Amnesty International India’s media officer Himanshi Matta said that Chhattisgarh authorities should look into the alleged detention of Prabhat Singh and ensure safety of journalists in the region. 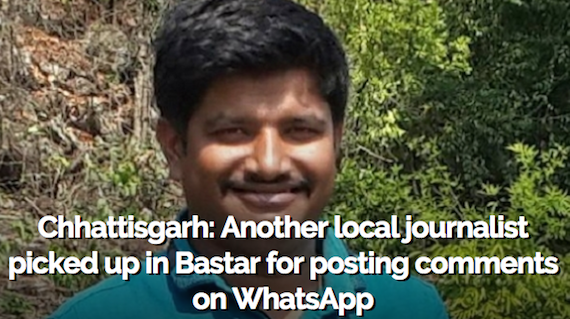 The release says that [a]s per media reports, Prabhat Singh, a local journalist from Bastar, was detained by state police on 21 March.

In 2015, journalists Santosh Yadav and Somaru Nag were arrested by the Bastar police.

In Feb 2016, Scroll.in journalist Malini was intimidated and driven out of Bastar in February and BBC’s Alok Putul received threats while reporting in Bastar.