Moga/ Faridkot: Another outrageous incident of beadbi of Guru Granth Sahib is reported from Malke village in Moga district. Village Malke is located near village Bargari and village Buraj Jawahar Singh Wala in Faridkot district. Residents of Malke village told Sikh Siyasat News (SSN) that they noticed the incident of beadbi around 4 am when they found that ripped Angs of Guru Granth Sahib were laying the the streets of the village.

Initial investigations reveal that this was another saroop of Guru Granth Sahib, whose initial page (that carries the name of the publisher) was found at village Bargari (in Faridkot district). The saroop was prepared by printers Chattar Singh and Jiwan Singh of Amritsar. 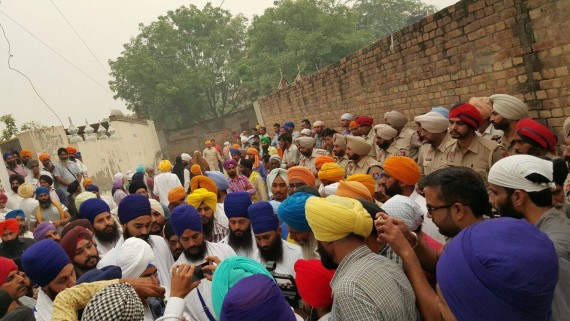 Sikh sangat outraged after incident of Beadbi at Malke vilalge 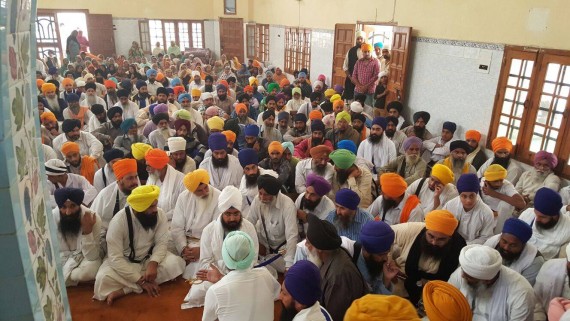 Administration proposed to send Angs of Guru Granth Sahib to Gujarat for forensic tests. As per information two Sikh representatives namely Advocate Simarjit Singh of Chandigarh and former Punjab State Electricity Board chairman Harinder Singh Brar, who hails from village Malke, would accompany the police party to Gujarat to supervise the forensic tests.