Punjab government is biased against release of Sikh political prisoners

Hyderabad, India (October 16, 2012): According to a press statement dated: October 15, 2012 released by the EcoSikh, an NGO, the Sikh Educational Society and Sikhs in Hyderabad gave a warm welcome to EcoSikh, to receive EcoSikh’s environmental vision. Executive members from over 18 Gurdwaras and Social Sikh organizations joined this meeting at Hotel Katriya, Hyderabad today.

5 days police remand of Bhai Kulbir Singh; Police charging him for Waging War against the State & holding links with BKI

Ludhiana/Punjab (September 16, 2012): The Akali Dal Panch Pardani and Dal Khalsa has taken exception to the statement of Canadian foreign minister John Baird in which he had assured his Indian counterpart to initiate action against Sikh Canadians who are supporting the cause of Sikh independence in Punjab. 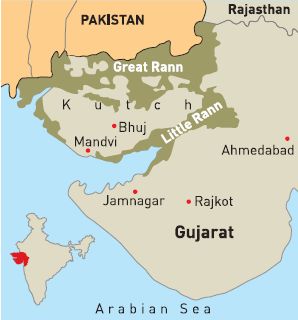 Cause of Concern: Sikhs in Gujrat’s Kutch area fear displacement

Chandigarh/Punjab (September 05, 2012): According to reports the Sikh farmers who have settled in the State of Gujarat in India have accused the Narendra Modi led Bhartiya Janta Party (BJP) government of harassing them by taking drastic measures to take over their agricultural land cultivated by them for decades.

Sahnewal/Ludhiana (September 01, 2012): According to information available with Sikh Siyasat Bhai Manjeet Singh was sent to Ludhiana jail on the night of August 31, 2012. Police presented him before duty magistrate who committed him to judicial custody for 14 days. 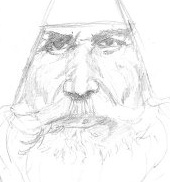 Srinagar, Kashmir (August 17, 2012): As per information forwarded to Sikh Siyasat by a representative of AISSF (Peer Mohammad) the first ever ethnic Sikh Conference was held at Sir Dr. Syed Iqbal Mini Convention Centre, Srinagar. As per press release thousand of Sikhs from all over the India including Jammu and Kashmir state participated and expressed their anguish over pessimistic behavior of state and central government for not resolving the Sikhs issues pending since six decades.

Pataudi, Haryana (July 31, 2012): After releasing evidence related to newly discovered Sikh Genocide 1984 site at Haily Mandi –Haryana, All India Sikh Students Federation (AISSF) expressed disappointment at the performance of the Garg Commission. In November 1984, at Haily Mandi – Pataudi, more than 28 Sikhs were killed in systematic, organized and well planned attack and many of the victims were burnt alive by the death squads. 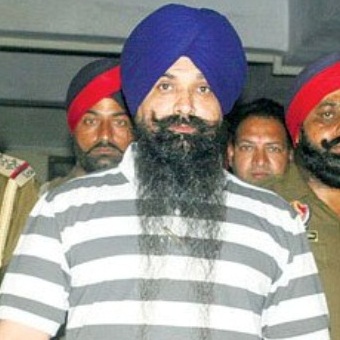 Patiala (July 25, 2012): As per media reports, Bibi Kamaldeep Kaur, sister of Bhai Balwant Singh Rajoana, whose is facing death sentence in Punjab CM Beant Singh assassination case, has demanded that his trial in a 17-year-old case regarding recovery of explosives be completed early, as police were causing inordinate delay in the case by not producing Rajoana in the court. 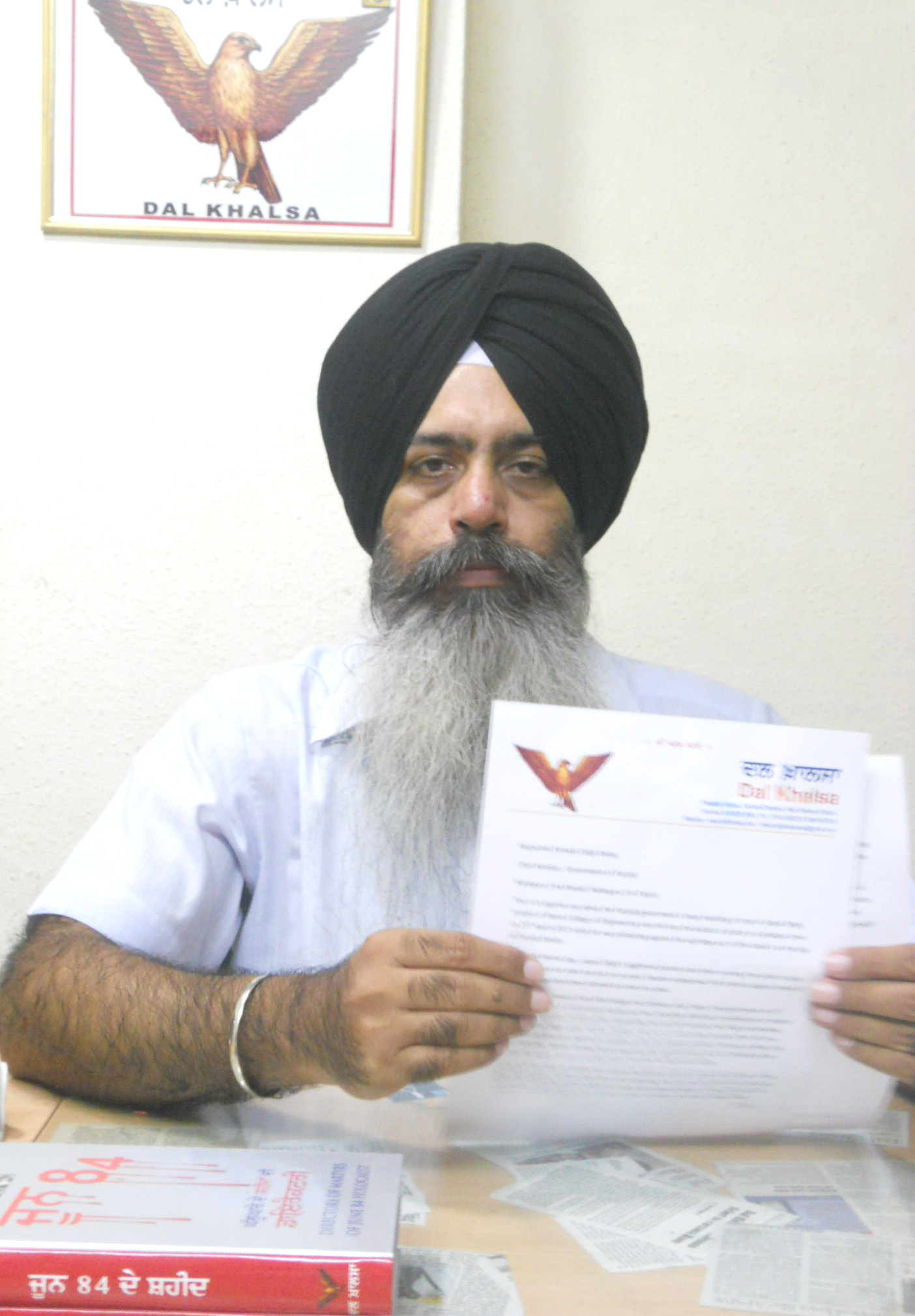 Amritsar, Punjab (July 18, 2012): Hard times seem to be far from being over for Journalist Kuldip Nayar. Sikh organizations have took exception to the contents of the apology issued on behalf of Kuldip Nayar stating that the objectionable parts of his controversial autobiography shall be removed in the next edition.

Hissar (July 02, 2012): A delegation of survivors of Hondh, Pataudi and Gurgaon headed by Karnail Singh Peermohammad President of All India Sikh Students Federation (AISSF - Peermohammad), appeared before Garg Commission to present the evidence related to November 1984 genocidal attacks on Sikh population. Survivors, AISSF and Sikh for Justice (SFJ) demanded that Justice Garg should visit the ruins of genocidal sites at Hondh, Pataudi and Gurgaon. The delegation also demanded that Commission should take action on FIR No. 91 dated November 03, 1984 and issue arrest warrant of persons named in that FIR.

Ludhiana (June 23,2012): World Sikh Organization (WSO) President S. Prem Singh has written to NDP Leader Thomas Mulcair in response to a story that was published in the Globe & Mail (on 22 June, 2012) which reported that Indian High Commissioner Mr. Gavai accused Mr. Mulcair of distorting the facts surrounding the attack on the Darbar Sahib (Golden Temple) Complex in Amritsar in 1984 along with dozens of other Gurdwaras across Punjab.

SJF to launch campaign for recognition of Sikh genocide 1984

New York (June 12, 2012): In a press statement received from “Sikhs for Justice” (SJF) a human rights organization, it is informed that SJF along with All India Sikh Students Federation (AISSF) has launched an international campaign “1984 - Yes, It’s Genocide” to collect “Million Signatures” in support of the Sikh “Genocide Petition” to be filed before the United Nations High Commissioner for Human Rights (UNHCR) in November.

atiala/Amritsar, Punjab (April 21, 2012): Raising its voice against Thapar University (TU)  for abolishing the Punjab quota, the ‘Sikh Youth of Punjab’ (SYP) on  Friday slammed TU and said that this decision of the university was  biased and contrary to the ‘son of the soil’ theory. In a statement here today, youth body’s chief Ranbir Singh and spokesperson Prabhjot Singh said, "The University is located on land belonging to Punjab. The management, under no pretext, can refuse to give quota to the sons of the soil."

Punjab: Some Sikh Leaders released, others still in Detention

Amritsar (December 10, 2011): Taking up the cases of the denial of civil liberties of common citizens in addition to political dissenters, the Dal Khalsa on Saturday invited the US-based Human Rights Watch to probe “the continuing abuse of human rights in Punjab.”

Amritsar, Punjab (November 8, 2011): Gurudwara Gian Godri, a Sikhs Gurudwara that was set up at Har-ki-Pauri in memory of Guru Nanak Dev's to Haridwar in 1504-05, was destroyed by notorious mobs as a part of genocidal violance against Sikhs in November 1984.