Srinagar: Termed as one of the bloodiest day of this year, 12 Kashmiri militants were killed in three separate gun battle with the Indian army soldiers in Draggad and Kachdora villages in Shopian district and Dialgam in Anantnag district. It is also reported that 3 Indian army personnel and 4 civilians were also killed in the encounter. 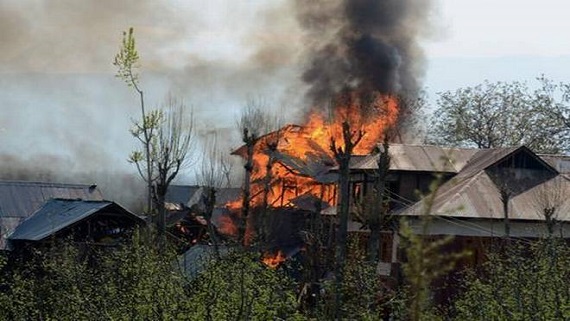 Termed as one of the bloodiest day of this year, 12 Kashmiri militants were killed in three separate gun battle with the Indian army soldiers in Draggad and Kachdora villages in Shopian district.

The encounters triggered massive protests in South Kashmir against the Indian armed forces, with thousands of people taking to the streets, resulting in fierce clashes. More than 70 protesters were reported to have been injured as the state police resorted to pellet guns against the protesting civilians, some of them hit by pellets in their eyes.

As per the media resources, the encounter started when the Indian army along with Jammu and Kashmir Police Special Operations Group and CRPF forming a joint team cordoned off Draggad village early on Sunday morning, following intelligence inputs about the presence of militants. Sources said the militants then entered a cluster of houses, including the ancestral house of an IPS officer serving in Hyderabad.

Cordon and search exercise quickly ensued in a gunfight in which seven militants and one of the house owners, Mushtaq Ahmad Thoker, were killed. All the militants were reportedly from Shopian district.

Whilst dubbing it as a “special day” Lt General A K Bhatt, General Officer Commanding, 15 Corps, claimed that  two of the seven militants — Ishfaq Ahmad Malik and Rayees Ahmad Thokar — were involved in the killing of Lt Ummer Fayaz last May. “We have avenged his death,” he said. “We will carry out kinetic operations” against anybody who uses his weapon, as “we have carried out today,”  he adds. 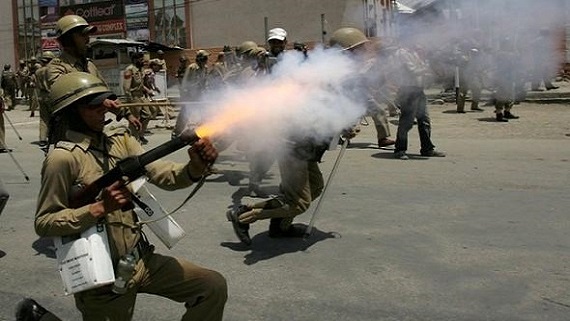 During the encounter hundreds of protesting youth from surrounding villages took to street and pelted stones on heavily armed Indian army soldiers and police personnel. In retaliation the army and police personnel resorted to pellet guns and opened fired at unarmed protesting civilians resulting in death of Zubair Ahmad Bhat and Mehraj-ud-din and leaving more then 40 civilians seriously injured. Over 20 of the injured youths are reported to have suffered pellet injuries in their eyes, notes Indian Express (IE) in its report.

In a third encounter at Dialgam in neighbouring Anantnag district, a militant was killed while his associate was arrested after he surrendered. Police identified the dead militant as Rouf Bashir Khanday, media reports said.

While talking to the mediapersons in a joint press conference of the Indian army, state police, CRPF, Jammu & Kashmir police chief S P Vaid said “this was one of the biggest counter-offensives in recent times against terror groups operating in the Kashmir Valley.” Furthermore, he stated that “I think, this (operations) will lead to an improvement in situation. I am hoping that the situation will improve.”

Meanwhile, civilians with pellet gun injuries flooded the hospitals in Jammu and Kashmir, most of them were with injured eyes. “Many with pellet wounds in the eyes may lose sight, ” a surgeon said on the condition of anonymity.

Over 50 youths, mostly with eye injuries, sustained in pellet shots fired by Indian soldiers on protesters were admitted to Srinagar’s Shri Maharaja Hari Singh (SMHS) Hospital on Sunday. The youths in blindfolds were brought in ambulances from as far away as Shopian (60 km) and Kulgam (70 km).

“We admitted 42 injured till Sunday afternoon. Forty cases were of pellet injuries, mainly in eyes. In one case, the civilian was hit by bullets and another was hit by a tear smoke shell,” SMHS medical superintendent Dr. Saleem said while talking to The Hindu (TH).