Brampton, Ontario: At its October 14th meeting, Brampton City Council unanimously passed a motion to support and stand in solidarity with Brampton residents and their families who have been adversely affected by farming bills recently passed in India. The motion was moved by Regional Councillor Gurpreet Singh Dhillon and seconded by Regional Councillor Martin Medeiros. 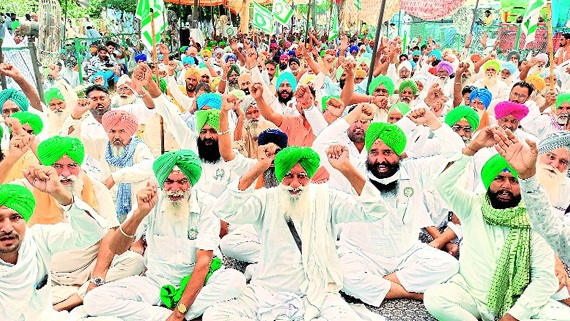 “Brampton’s Indian community, like many other communities in our city, are closely connected to their farmland in their ancestral country,” said Councillor Dhillon “I am hopeful that through peaceful protests and continued advocacy, there can be a positive resolution to the dispute given that Indian farmers have faced continued financial and personal hardship over the years.”

The motion reads as follows:

Whereas the City of Brampton remains a proud farming community,

Whereas the City of Brampton understands and respects the contributions of farmers in feeding nations,

Whereas the City of Brampton is home to thousands of farmers who still own farmland in their ancestral countries,

Whereas numerous rallies have recently taken place across the City of Brampton protesting 3 farming bills that were passed in India in September 2020,

Whereas the passing of the bills will result in the privatization of farmers markets in India and will adversely affect the financial situation of many Bramptonians and their families back home,

Whereas India’s agriculture sector contributes nearly 15 percent of India’s $2.9 trillion economy but employs nearly half of the country’s 1.3 billion people,

Whereas 86% of Indian farmers only own 2 or less acres of farmland with an average income of $1400 per year, and do not have the means to bargain with large, private corporations,

Whereas anti-farmer policies, debt, and a deteriorating financial status have led to 363,726 farmers and farm labourers committing suicide between 1995 and 2019,

Whereas Brampton City Council has recently recognized and stood with its Black, Tamil, Vietnamese, and other communities whose families have faced hardship abroad,

Therefore, be it resolved that the City of Brampton stand in solidarity with those Brampton residents and their families who have been directly affected by the farming bills passed in India.