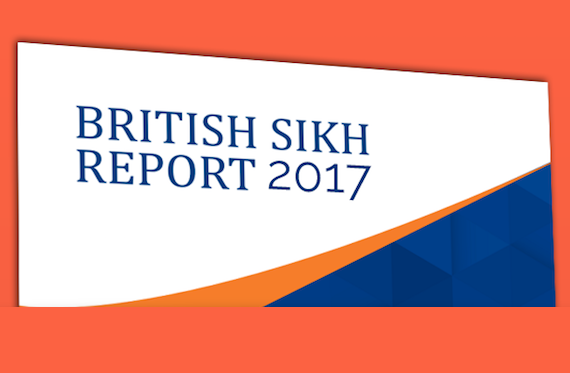 Making this announcement, Jasvir Singh of CSN issued a written press release which reads as follows:

Today sees the launch of the fifth annual British Sikh Report (BSR), providing robust strategic evidence about British Sikhs. Based on the results of a survey of over 2,000 Sikhs throughout the country, it aims to provide quantitative data reflecting the views, aims and aspirations of the British Sikh community.

It is anticipated that the report will assist governmental bodies and non-Sikh organisations in working with the current British Sikh population on collaborative projects, as well as providing statistics that will assist gurdwaras and Sikh institutions in addressing intra-community issues.

Some of the key findings in the report relate to last year’s EU Referendum. 65% of Sikhs voted to remain in the EU, but 73% would now vote to remain if there was a second EU Referendum, suggesting that 8% regret how they voted or how they didn’t vote in June 2016. 13% said that they have been victims of hate crimes since the Referendum.

However, there is still a strong sense of duty and national pride amongst British Sikhs, with 69% of them saying they would support their son or daughter joining the Armed Forces.

Lord Bourne of Aberystwyth, Minister for Faith and Integration, said that “this survey is more than just a Sikh census. Its launch in our Parliament today is fitting, as this is a tool, I am sure, which will inspire Sikhs of all generations to become more and more involved in the political process, from engagement with political leaders, to running for office.”

Jeremy Corbyn, Leader of the Opposition, said “Sikhs have made a massive contribution to British society over the years, and this report is a good example of how they continue to play an important role as one of our diverse communities.”

Jasvir Singh OBE, chair of the British Sikh Report, commented, “This document reflects the diversity that exists within the British Sikh community, and provides a snapshot of what it means to be Sikh in modern Britain. At a time when there is increasing intolerance in society, I hope that documents such as the British Sikh Report help people celebrate their differences as well as their commonalities.”

The document is to be launched at a Parliamentary event on 21st March 2017 where Peers and MPs amongst others will speak of the positive contribution by Sikhs to British society and will discuss the findings within the British Sikh Report.