London:  On 23 October the Sikh community moved a step closer to securing a separate Sikh ethnic tick box in the 2021 Census after the Office for National Statistics (ONS) called an open meeting of stakeholders to update them on progress. 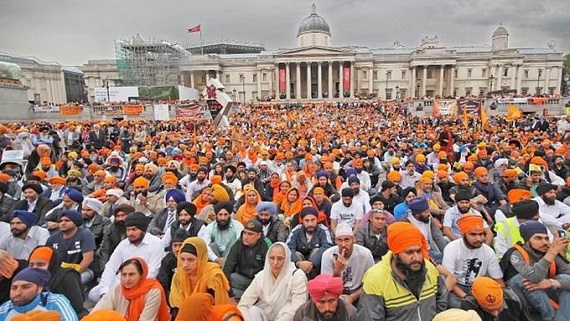 Image For Representation Only.

Around 80 or so Sikh representatives from a wide-range of Sikh organisations participated. By the end of the evening the ONS was left in no doubt concerning the level of support for a separate Sikh ethnic tick box with many accusing the ONS of discrimination for ignoring the fact that Sikhs are a legally recognised ethnic group.

Lord Singh, the head of the NSO, became a laughing stock by ignoring the legal reality by arguing Sikhs were simply a religion and not an ethnic group. At the end he showed he had either totally lost the plot by being the one person calling for a Sikh tick box under ethnicity only or he had made a dramatic U-turn.

The overall conclusion was consistent with what the Sikh Federation (UK) and The Sikh Network have been telling ONS over the last three years.  93.5% of the 4,500+ respondents to the UK Sikh Survey last year stated they wanted a Sikh ethnic tick box and 19 out of 20 preferred to be identified as Sikh rather than Indian or Asian given the choice.

Many in the Sikh community have been saying for over a decade the claims by the NSO that it ‘represents’ 130 organisations is false.  In the Census consultation process this has become crystal clear.  None of the so-called 130 organisations the NSO claims to represent responded to the ONS consultation or turned up yesterday.  This has much wider implications across government where the NSO and Lord Singh’s standing has declined.

The ONS had completely downplayed the results of the test they carried out earlier this year at 40,000 households in Hounslow and Wolverhampton at previous meetings. The main reason for this was because the Sikh Federation (UK) and The Sikh Network had pointed out a number of shortcomings.  Surprisingly the ONS presented the results from the test yesterday without reflecting some of the caveats.  Sikhs  were then forced to expose some of the serious limitations of the test.  These included: