It is pertinent to note that four Sikh students: Bhai Ravinder Singh Ji Littran, Bhai Harminder Singh Ji Chaluper, Bhai Jhilman Singh Ji Gorsian and Bhai Baldhir Singh Ji Ramgarh were killed on 4 February 1986, in a police shooting while they were peacefully marching to collect the remains of five desecrated Guru Granth Sahib Saroops to take it to Sri Goindwal Sahib for immersion there.

The Sikh leaders demanded from CM Amrinder Singh that the report of Justice Gurnam Singh Commission made to probe the killings be tabled in the Budget Session of State Assembly. The panel report is being held by the Punjab Government since 31 October 1986. 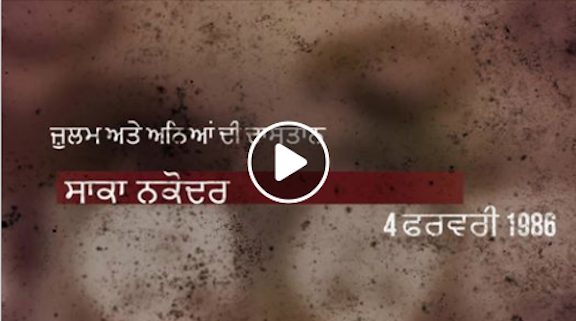