New Delhi: A constitution bench of the Supreme Court of India (SCI) yesterday declared that the state government will have to get clearance of the Central government in order to grant premature release to a life terms convict where the case was registered under any central law or the case was investigated by any central agency such as the CBI.

So, as per yesterday’s judgment of a five-member Constitution Bench of the Supreme Court headed by Chief Justice HL Dattu the Centre will deciding authority to clear the cases for premature release of life term convicts in cases investigated by the CBI. The bench was requested by a there judges bench to give it’s verdict on seven question of law. The three judges bench was hearing Central government’s plea against the Tamil Nadu government’s decision to grant release to three Tamil nationals convicted in Rajiv Gandhi assassination case. 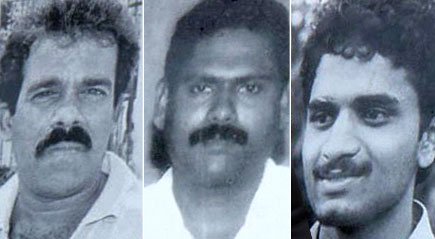 Interpreting Section 435 (2) of the CrPC, the majority judgment authored by Justice F.M.I Kalifulla held that the word ‘consultation’ means ‘concurrence’. This means that Tamil Nadu government should have got the prior consent of the Centre before issuing its February 19 order to remit the sentences.

The apex court further held that life imprisonment is for life.

Having thus laid down the law, the Constitution Bench however referred to a three-judge bench to separately decide the factual question of whether the February 19 order issued by the Tamil Nadu government releasing the Rajiv Gandhi killers was correct or not.