Hoshiarpur: The court of Additional District and Sessions Judge Priya Sood pronounced verdict in a case registered by Punjab police against some Sikh youths for propagating Referendum 2020. The case was registered against Bikramjeet Singh, Hardeep Singh, Jaspreet Singh and Kuldeep Singh under FIR number 93/2016; police station Chabbewal in Hoshiarpur district. The police had registered the case under section 25 of Arms Act and sections 10, 11, 13, 17, 19, 38 and 39 of the Unlawful Activities (Prevention) Act, 1967. 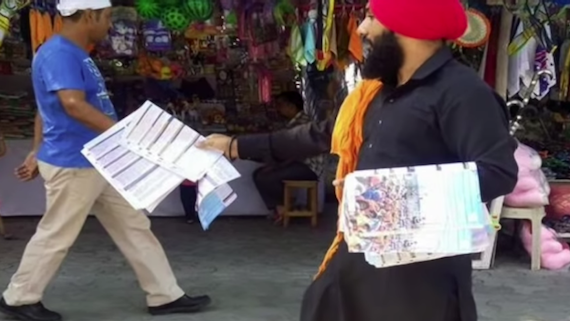 The police had made huge claims after arresting quartet but the trial court today acquitted them from charges under the UAPA. The court, however, convicted Hardeep Singh, Jaspreet Singh and Kuldeep Singh under the Arms Act. Bikramjeet Singh was acquitted from all charges in this case.

Advocate Jaspal Singh Manjhpur who maintains the list of Sikh political prisoners told Sikh Siyasat News (SSN) over phone that Kuldeep Singh has already spent more time in jail than the terms of his sentence therefore he will be released from jail today. The custody of Hardeep Singh Jaspreet Singh is also nearing the term of three years, he added.