Haridwar:  The collective demand from numerous Sikh organisation pertaining to the handover of the building of Bharat Scouts and Guides at Subash Ghat near Har-Ki-Pauri  were once stood Gurdwara Gyan Godari got a major boost when the civic records reflected the existence of a gurdwara in the place.

With Sikhs reportedly staging indefinite protest for the past 345 days near Prem Nagar ashram on the banks of Ganga Canal, demanding handing over of the building for the construction of Gyan Godri Gurdwara, the district magistrate directed officials to search civic records. 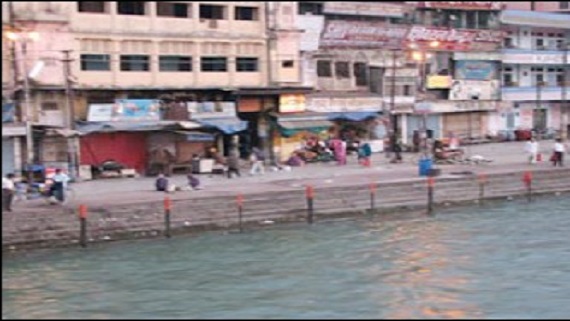 “The municipal corporation record of 1935 depicts existence of a gurdwara near Har-KiPauri. Also, documents procured from Bharat Scouts and Guides office also relate to a gurdwara at the site. This and related information will be submitted to committee set up by the state government,” reads the statement of Deepak Rawat, secretary of the newly formed committee, published in an English vernacular.

Meanwhile, the Gurdwara Gyan Godri Managing Committee has urged the district administration and the state government to handover the site to it for the construction of a Sikh shrine. “We have been claiming for this site as Guru Nanak Dev Ji had visited Har-Ki-Pauri, where he meditated and gave sermons in 1504-05,” says Sardar Harjeet Singh, president of the Gurdwara Gyan Godri Managing Committee while interacting with the media.

“It’s a matter of religious and spiritual attachment for the Sikhs and also for people of Uttarakhand as Guru Nanak Dev Ji had meditated in this Himalayan land. Apart from Hemkunt Sahib in Chamoli, Guru Nanak had also meditated at this site on banks of Ganga,” he maintained.

But other Sikh representative are of the view that if the original site at Har-Ki-Pauri is not allocated to them for the gurdwara construction, then the site where currently sit-in agitation is being staged near Prem Nagar ashram on Interstate Highway-58 should be given to them for the construction of the shrine.

Anup Singh Sidhu of the Gurdwara Nirman Sangarsh Samiti reportedly said that symbolically Bharat Scouts and Guides building should be made a religious place of importance, while at the agitation spot, the administration should allocate them land for construction of a grand gurdwara.