Chandigarh: Punjab Cabinet Minister Tript Rajinder Singh Bajwa yesterday visited Bargari village to meet Bhai Dhian Singh Mand and other Sikh leaders and activists who are staging a protest sit-in since June 1. Organisers of Bargari Morcha have been demanding arrest and punishment for culprits of Beadbi of Guru Granth Sahib; action against cops who had opened fire on Sikhs at Behbal Kalan Village in October 2015 killing two Sikhs; jail transfer of Sikh political prisoners belonging to Punjab and pre-mature release for other Sikh political prisoners who have completed minimum mandatory terms of their sentences.

The interaction took place in a very cordial atmosphere with both the sides reposing mutual trust, the Rural Development and Panchayats Minister said. 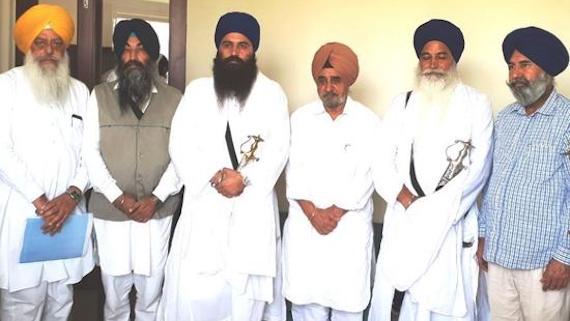 He maintained that both the sides have come close to a solution following detailed discussions on almost all the issues paving the way for final resolution.

Besides the discussions with the seven-member panel set up by the Bargari Morcha organisers, he also had one-on-one talks with Bhai Dhian Singh Mand.