Amritsar: The Dal Khalsa yesterday hit out at Congress and BJP-SAD (Badal) for playing “dirty politics over the deaths during Nov 1984 Sikh genocide”. The organization is of the view that both the mainstream parties of India have stains of innocent blood on their sleeves.

Appealing the masses not to get carried away by deceitful talks of Modi, Gandhi and Badals as they all are chips of the same block, the  Dal Khalsa has taken a clear stand to boycott parliamentary elections. 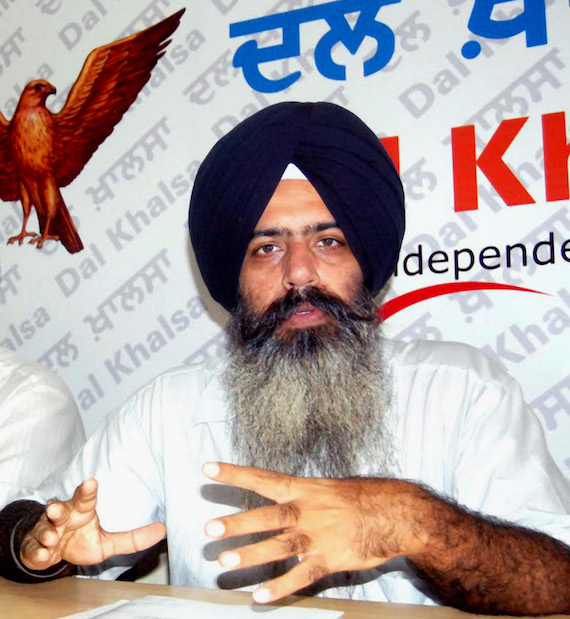 Dal Khalsa leader and spokesperson Kanwar Pal Singh criticised Prime Minister Narendra Modi for raking up Nov 1984 carnage to gain electoral benefits out of it. He said they were concerned because Modi was harping on Nov 1984 issue not out of sympathy or for the sake of justice but to use it for electoral purposes”. He reminded Modi about Muslim carnage in 2002 in Gujarat under his own rule.

The party leader slammed Congress president Rahul Gandhi for committing to punish guilty of 1984 genocide. “Terming Sam Pitroda’s utterance “hua to hua” as highly derogatory, he said it’s almost 35 years that the Congress has been shielding and patronizing the masterminds and conspirators of 1984 killings and Rahul’s talks were nothing but poll gimmick.

He alleged that while the Congress government led by prime minister Rajiv Gandhi was on the fore-front to engineer the killings in Delhi and elsewhere, the “lumpen and frenzied” elements from the RSS and BJP also “took part” in the carnage.

Questioning the ulterior motives of the saffron leaders, he said it was the BJP that demanded military solution to Punjab’s political problem. “BJP vociferously ask the Indian government led by Indira Gandhi to storm Darbar Sahib to eliminate Sant Jarnail Singh and other Sikh fighters”. 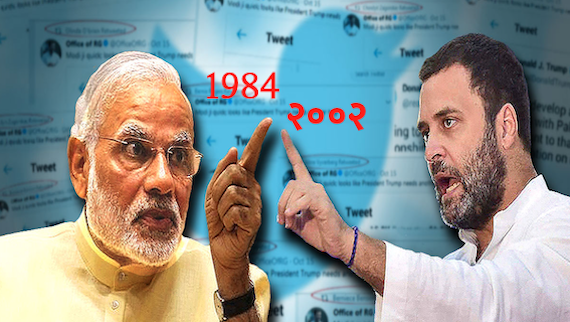 Riding piggyback on Modi’s name and fame, he blamed Badals for shrugging off the sacrilege issue.  He said while Congress carries the guilt of 1984 tragic events, SAD (Badal) carries the burden of 2015 sacrilege and deaths of two protesters at Behbal Kalan.