NewDelhi: As per the media reports the Delhi Sikh Gurdwara Management Committee (DSGMC) elections — slated for February 26 — set to be notified on February 1, battle-lines have been drawn with the two main players in the fray, BJP ally Shiromani Akali Dal (Badal) and Shiromani Akali Dal (Delhi), already trading charges against each other.

It is widely expected that more players may enter the fight for the 46 seats up for grabs in the committee. However, Aam Aadmi Party’s Delhi convener has made it clear that it is neither fighting the polls directly nor is it backing any group. The DSGMC is a 55-member body with 46 elected members. Ten historical gurdwaras and 30 educational institutions come under the purview of the committee. The current DSGMC is led by SAD (Badal) since 2013.

The current DSGMC president Manjeet Singh GK, who is also SAD (Badal) Delhi unit president, while talking to the Times of India (TOI) claimed “We will go door-to-door to reach out to the voters and tell them about the development work done by the committee over four years,” Manjit Singh further said that the campaign will focus on telling the voters about the committee’s efforts to promote and showcase Sikh history and heritage. 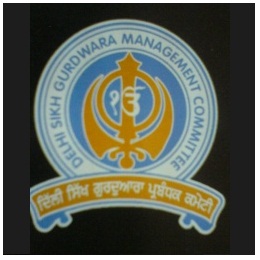 Meanwhile, to counter the claims of the outgoing committee, SAD (Delhi) — led by Paramjit Singh Sarna — is all set to “expose the false campaign carried out by SAD (Badal) in 2013 to win the elections”. Sarna led the DSGMC from 2002 to 2013.

“In 2013, a false campaign was carried out to defame me by accusing me of various irregularities. After the DSGMC polls, SAD (Badal) failed to prove any of those charges. I will now raise this before the voters.” “When I left DSGMC in 2013, the committee had a corpus of Rs 123 crore in fixed deposits, but now it is bankrupt,” alleged Paramjit Singh Sarna while talking to the English vernacular.