New Delhi: Some videos that went viral yesterday revealed the brutality of the Delhi police. The police personnel belonging to Mukherjee Nagar police station could be seen thrashing a Sikh driver and his son in public view. The incident reportedly took place on Sunday (June 16) when a tempo driven by a Sikh man named Sarabjit Singh and a police vehicle collided.

Gagan Kapoor, a local resident and eye-witness of the incident, told a TV news channel that the police was demanding bribe from the Sikh driver which led to an argument between them. 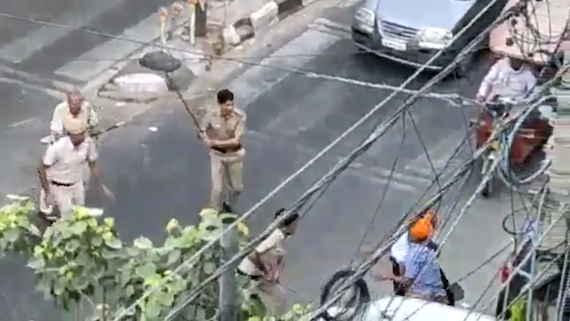 A still grabbed from a related video | Source: Internet/Twitter

In these videos, it is seen that a police official was arguing with Sarabjit Singh. After some time he went to nearby police station and Sarabjit Singh’s son caught hold of his father and convinced him to return back. But in the meanwhile the cop who had went to the police station returned with other cops- who were equipped with sticks.

The incident has outraged the Sikh community. Learning about the incident, local Sikhs gathered outside the police station and demanded the release of Sarabjit Singh and his son. They also demanded action against police personnel involved in the incident.

SAD (B) leader and DSGMC president Manjinder Singh Sirsa demanded withdrawal of cases registered against Sarabjit Singh. He alleged that Sarabjit Singh and his son were also tortured in the custody and sought strict action against cops involved in this matter.

Delhi CM Chief Minister Arvind Kejriwal hit out at the Delhi police today and demanded an investigation into the incident. It is notable that the Delhi police is not under the control of Delhi government. Police in Delhi is controlled by the central government as Delhi is a Union’s territory. 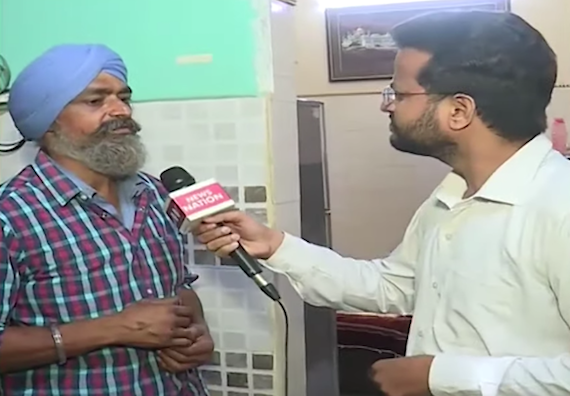 Three policemen were suspended for brutally thrashing two people, including a minor, after a scuffle broke out in North West Delhi’s Mukherjee Nagar on Sunday evening. The policemen have been suspended for their “unprofessional behaviour”.

A police official reportedly  said further legal action will be taken after an inquiry is conducted by the deputy commissioner of police (northwest) and the additional DCP and ACP of Mukherjee Nagar. Additional PRO (Delhi Police) Anil Mittal said the policemen suspended handled the incident on Sunday evening in an unprofessional manner.