New Jersey, USA: Punjabi and Sikh diaspora will be holding a demonstration outside Indian Emabassy in New Jeresry in support of ongoing farmers protest in India. Farmers from Punjab, Haryana, Uttar Pradesh and other regions of India are demonstrating on the outskirts of India’s capital city demanding rollback of new farming legislations passed by the Government of India. 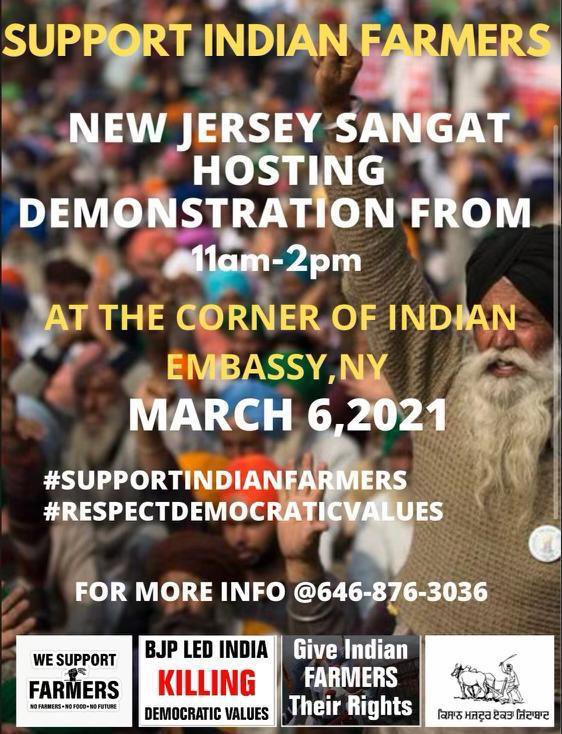 Demonstrators will raise their concerns regarding ongoing human rights abuses by the state authorities against farmers protesting peacefully.