Varanasi, UP: The SP-BSP-RLD combine’s candidate’s nomination from Varanasi is in jeopardy. Samajwadi Party fielded ex-BSF jawan Tej Bahadur Yadav, who had exposed corruption in the force, against Narendra Modi from Varanasi. Now, his nomination has come under the scrutiny of the Election Commission.

EC has pulled up Tej Bahadur Yadav over discrepancies in his nomination papers.

Notably, Tej Bahadur Yadav had filed nomination as an independent candidate but was later named by the Samajwadi Party-Bahujan Samaj Party alliance as the candidate from the seat. 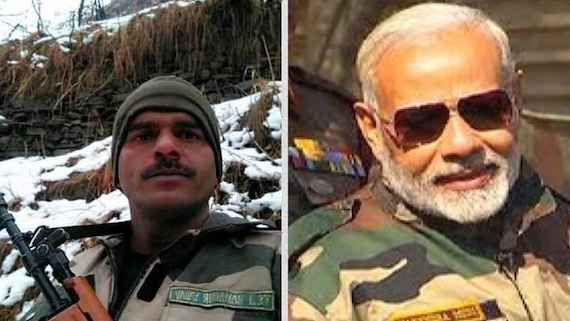 According to EC officials, Tej Bahadur Yadav presented differing accounts over why he was sacked from the BSF in his nomination papers.

He alleged that Narendra Modi and UP CM Yogi Adityanath were pressuring the authorities to get his nomination papers rejected.

Tej Bahadur Yadav was dismissed by the Summary Security Force Court (SSFC), a court of inquiry which found that he had damaged the “image of the BSF” when he uploaded a video clip on the “substandard food” on social media, triggering an uproar. He was dismissed from service over this issue.