Chandigarh: Punjab has been facing ground water crisis for past few decades. The crisis is largely attributed to ‘wheat-paddy crop circle’.

The government of India had introduced paddy plantation in Punjab while ignoring the fact that Punjab’s whether conditions are not suitable for paddy crop.

The blame of worsen ground water level condition is often put on farmers. The governments do talk about crop diversification but practically work to keep wheat-paddy crop circle.

COVID19 Pandemic and Concerns of Rice Shortage in India:

Concerns regarding possible food scarcity, especially rice shortage, are already in air in wake of COVID-19 pandemic. In Punjab, mainly wheat rotis are eaten in daily meals but in rest of India rice is used in daily meals. 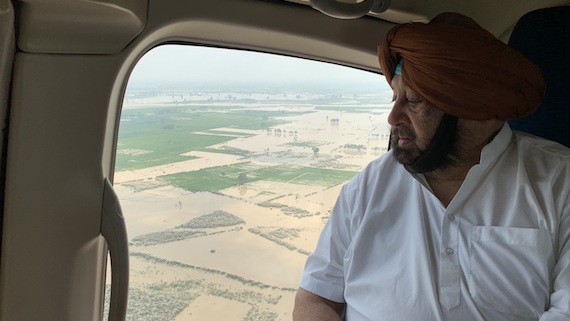 The operations will now commence on May 10 and June 10, respectively, instead of the May 20 fixed earlier by the Agriculture Department for sowing of paddy nursery and June 20 for paddy transplantation, during the current Kharif season, reads a release issued by Punjab Chief Minister’s Office.

CMO maintained that [t]he farmers had raised concerns about meeting the cultivation/sowing requirements in view of the labour shortage resulting from migrant labourers returning to their homes in view of the Covid crisis. Describing these concerns as understandable, the Chief Minister said it was in the interest of the farmers to push the dates ahead by 10 days.

Directions to PSPCL for Electricity Supply:

CM further said that to facilitate the farmers in ensuring timely transplantation of paddy he has also directed the Punjab State Power Corporation Limited (PSPCL) to make necessary arrangements for facilitating uninterrupted power supply to the agriculture sector in this period.

Why Ban on Paddy Plantation Before Stipulated Date Was Introduced?

In 2009, Punjab had introduced ban on sowing of paddy before a stipulated date. The aim was to arrest the fall in water table.

It was said that the start date of paddy plantation was to be ultimately shifted to June end i.e. close to the arrival of monsoon in Punjab.

The date, however, was never shifted to June end. Last year the stipulated date to start paddy plantation was June 20.

As major portion of Punjab’s river water is already allocated to non-riparian state of Rajashtan, Haryana and Delhi; preponing of the date of sowing paddy nursery and paddy plantation is bound to put excessive burden on Punjab’s ground water.