Patiala: Dr Dharamvira Gandhi Member Parliament from Patiala condemned the excessive use of force on students of Punjab University who were agitating for reduction of recent fivefold hike in fees. Hequestioned the PU Authorities as to why the issue could not be solved through talks, with open mind and a will to find solution. He asked both PU Authorities and Police to desist from use of force against students.

Dr Dharamvira Gandhi condemned the recent trend among police officials to use Sec 124 (A) which was later dropped. He demanded of the Police to withdraw the other charges and cases against the students as they were airing their just grievances on the exorbitant fee hike. He asked the police authorities to desist from using excessive force in controlling the students and warned that he will ask for action against erring police officials. The students are not criminals and they are young and fighting for a just cause. 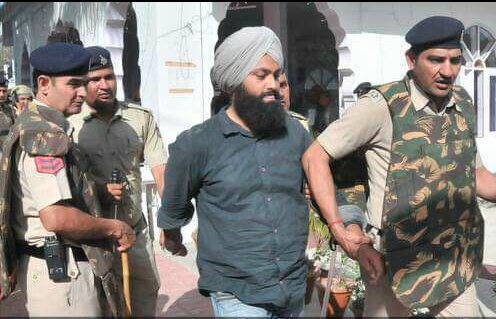 Condemning the directive of the Union government for a fivefold fee hike Dr Gandhi said that centrally administered UT and its institutions like Punjab University is at the root cause of the problem. The administrators in Delhi are oblivious to the needs of cheap and best higher education of Punjab Youth. A government committed to Punjab could have better looked after shortage of funds of autonomous Punjab University.

Patiala MP demanded immediate transfer of Chandigarh and other Punjabi speaking areas to Punjab along with institutions associated with Punjab so as to provide new generation of Punjabi youth their due opportunities for higher education and growth.

He demanded immediate talks with students to resolve the issue of fee hike so as to enable students of this highly cherished University of Punjabis a cool and comfortable atmosphere for pursuing their studies.