NewDelhi: A sessions court in Gadricholi district of Maharastra here today convicted a Delhi University professor GN Saibaba and five others for their alleged connection with the banned CPI-Maoists. Prof GN Saibaba was sentenced to a life term.

As reported by the media JNU student Hem Mishra, former journalist Prashant Rahi were among those convicted. GN Saibaba, an English professor of Ram Lal Anand College is disabled; earlier, he was lodged in Nagpur Central Jail for 14 months but granted bail on medical grounds by the Bombay High Court in June 2016. 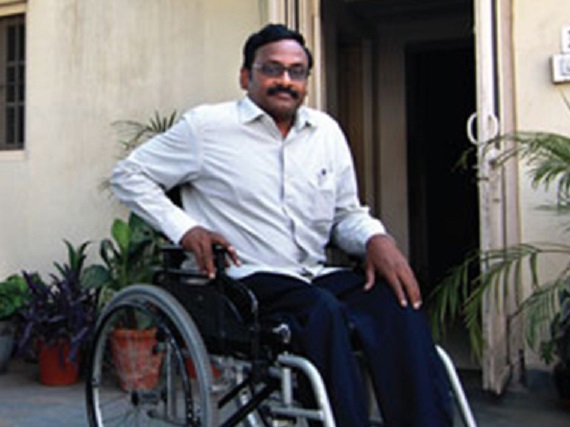 Judge SS Shinde convicted the accused under sections 13, 18, 20, 38 and 39 of the Unlawful Activities (Prevention) Act. The others accused in the case are: Mahesh Tirki, Pandu Narote and Vijay Tirki said the media in its report.

Moreover, it was the Supreme Court of India who granted GN Saibaba bail while citing that the Maharashtra government had been “extremely unfair” to him earlier this month. He requested his college to reinstate his services following which a one-member committee had decided to look into the issue.

While the Delhi University Teachers Association (DUTA) was supporting Prof GN Saibaba’s reinstatement, a group of students led by members of ABVP had opposed it claiming that such a move will have a “bad influence” on students.

The prosecution lawyer Prashant Sathianathan sought that the accused be given life imprisonment under section 20 of the Act. Sathianathan added that no reprieve should be granted to Prof Saibaba for his disability as that did not deter him from aiding and abating violent activities that claimed many lives. His visits to the college last week were met with protests from the ABVP” notes Indian Express (IE).

As reported by the media it was back in May 2014 that when Prof Saibaba was heading back home from the university, a group of policemen in plain clothes stopped his car, dragged his driver out and drove him out of the university campus. The next morning, after his arrest from Delhi, he was flown to Nagpur, where the District Magistrate heard his case and sent him to prison.

The principal of the RLA College New Delhi told the media that “The decision of the governing body has been communicated to GN Saibaba through a letter. It is based on the recommendations of the one-member inquiry committee. The governing body has reportedly mentioned that he can’t be reinstated unless there’s approval from the vice chancellor.” The inquiry committee went through the documents related to him  that allegedly shows his strong Maoist link.