New Delhi: Indian government led by the Bhartiya Janta Party (BJP) may be raising objections to the Sikh Genocide 1984 motion passed by the Ontario provincial parliament on April 6, 2017, but BJP’s own legislators in Delhi had participated in a similar motion passed by the Delhi State Assembly on June 30, 1984.

The motion was moved by then AAP MLA from Rajouri Garden- Jarnail Singh under 107 rule. The motion, a copy of which is available with the Sikh Siyasat News (SSN), was duly debated in the state assembly before being unanimously passed. This motion specifically recognised the fact of Sikh “GENOCIDE” of 1984.

“It is recorded fact that even BJP MLAs had also voted in favour of the Sikh Genocide 1984 motion on that day. It was passed unanimously” he added. 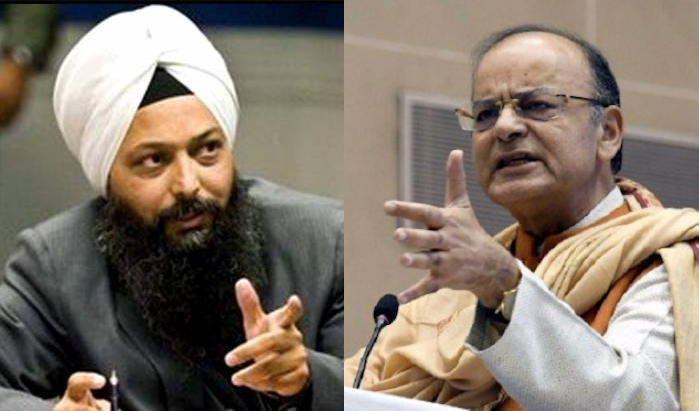 “Instead of raising objections against recognition to the fact of Sikh Genocide 1984, Arun Jaitley should tell the world what their government s doing to give justice to the Sikhs? Why there is delay delaying on the part of their government and the SIT?”, asked Jarnail Singh.

While referring to GoI’s objections against Sikh Genocide 1984 motion passed by Ontario parliament, Jarnail Singh said: “the stand of Govt. of India has hurt Sikhs beyond imagination and there is deep anguish amongst the Sikhs who are feeling betrayed again”.

Notably, two of BJP’s senior leaders, including Central Minister of Home Affairs Rajnath Singh have also publicly admitted that the events of November 1984 were in fact ‘genocide’.

Notably, the Sikh Genocide 1984 motion passed by the Delhi state legislature on June 30, 2015 is accessible through the official website of the Delhi State Assembly. The copy of the motion was last accessed by SSN from Delhi assembly’s website on April 19, 2017 at 17:05 (IST) at the time of publishing this news.

This House strongly condemns the Sikh genocide happened 30years back in November 1984 and pays homage to the people killed. This House also expresses its resentment that the victims are still knocking about from pillar to post for the want of Justice and are still waiting for it.

This House requests the Govt. of India that cases be registered under appropriate sections of IPC after taking cognizance of the affidavit of Sh. Abhishek Verma against Jagdish Tytler in which he has disclosed that the latter had influenced the evidences and sent crores of Rupees through Hawala. Apart from it, immediate action be taken against the culprits. The SIT constituted in this regard should timely submit its report and the Delhi Police should open the closed cases and an impartial agency should investigate into the matter and the compensation of the victims be disbursed as soon as possible.