London: A written release by Sikh Federation UK states that the findings from the UK Sikh Survey 2016, the largest and most comprehensive ever Sikh survey in the UK with over 4,500 respondents were released on November 25, 2016.

The statement further states that [t]he Sikh Network developed and managed the UK Sikh Survey and produced the findings report released today. There are many important messages in the report around the unique British Sikh identity; discrimination, hate crime and grooming; education, employment and contribution to society and political activism and representation.

“UK politicians have this morning all received a copy of the report before the formal university launch in the West Midlands by academics involved in analysing the results of the survey”, reads the statement. 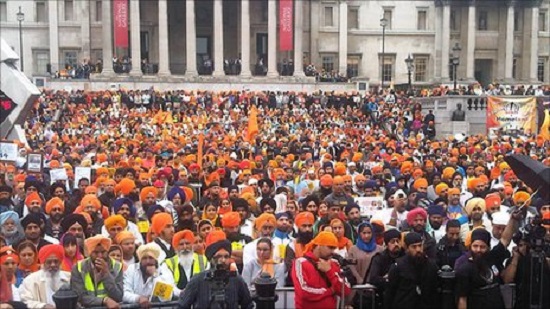 According to the Sikh Federation UK: [t]here are potentially also serious implications for UK-India relations. By all unofficial accounts the recent visit by Theresa May to India was a disaster as she absolutely refused to shift on the issue of visas irrespective of the impact on future trade. The last section of the findings report for the survey looking at the relevance to Sikh Manifesto issues has some worrying statistics for India that will not be lost on UK politicians. Apart from 19 out of 20 Sikhs rejecting being described as ‘Indian’ or ‘Asian’ the responses to the last three sections of the Sikh Manifesto reproduced below will worry Indian Government officials:

Section 10 – Application of self determination to the Sikhs