New Delhi: The Delhi police have reportedly registered an FIR against SAD (Basal) leader and former DSGMC president Manjit Singh GK for embezzlement of funds. The FIR is reportedly registered at the North Avenue police station in the city. The FIR is result of a petition moved by Gurmeet Singh Shunty who is accusing Manjit Singh GK for embezzlement of DSGMC funds. 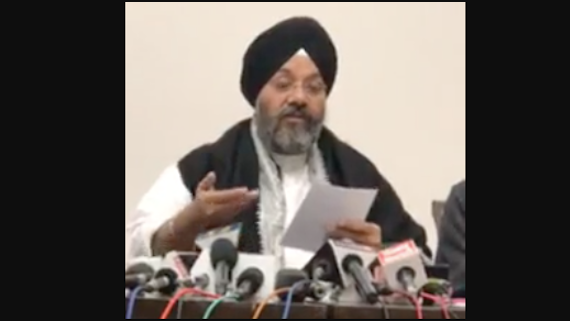 It may be recalled here that the Patiala House court in New Delhi had ordered registration of FIR against Manjit Singh GK in relation to allegations against him regarding misuse his position as DSGMC cheif for embezzlement of funds. Earlier a Metropolitan Magistrate had asked Delhi police to register an FIR against Manjit Singh GK on December 13 but the GK had filed a petition against the order. Notably, Patiala House court rejected the petition on yesterday and order the police to book GK along with Subedar Harjit Singh and Amarjit Singh Pappu.