Gurdaspur/ Pathankot: As per media reports five live bombs were found near a bridge on the railway track on the Amritsar-Pathankot section on Monday.

The bombs were carefully wired to the railway track at a small bridge near Parmanand railway station, five kms from Dinanagar.

A train, which was to pass on the railway track, was stopped just 200 metres from the spot where the bombs were planted. 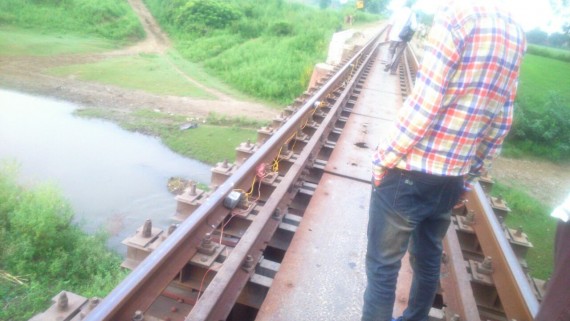 Railway traffic on the Amritsar-Pathankot section was stopped following the incident.

Police is investigating the explosive material and whether there is a link between the material and today’s gunmen strike in Dinanagar, Gurdaspur.