Chandigarh: Haryana Chief Minister Manohar Lal Khattar has once again raised the issue of Satluj Yamuna Link (SYL) and Hansi Butana canals. Addressing a gathering at the Vikas Rally organised by Nangal Choudhary MLA Abhay Singh Yadav on May 28, the Haryana CM urged BJP led central government of India to “solve” the decade long issue of SYL canal and clear the “hurdles” in the way of Hansi Butana Canal. 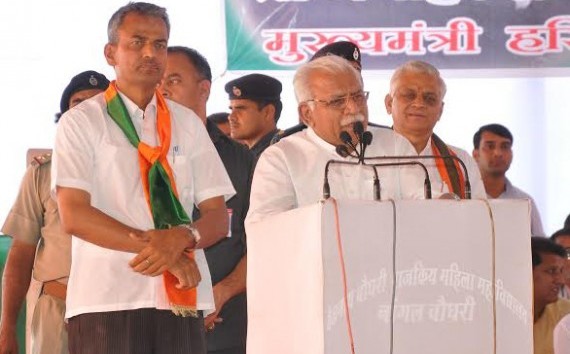 It is pertinent to note here that on 14 July, 2014 the Haryana Assembly had passed a resolution seeking construction of SYL canal.

The loot of Punjab’s river water began soon after the partition of 1947. Successive central governments in India made extra-legal and extra-constitutional arrangements to allocate Punjab’s river waters to non-riparian states, including Rajasthan, Delhi and Haryana.

The state of Haryana was craved out of Punjab by Punjab Reorganization Act 1966. Haryana insists that it should be given “share” out of Punjab’s river waters. However, Haryana is a non-riparian state and even before the formation of Haryana state this area was not getting river water from Punjab’s rivers as the area falls in a different basin than that of the rivers of Punjab.

Punjab is already a water deficit state that is largely dependent on ground water to satisfy it’s needs. According to certain studies Punjab falls in the list of top few areas of the world where ground water level is declining at an alarming rate.

What is SYL Canal Issue – In Brief: 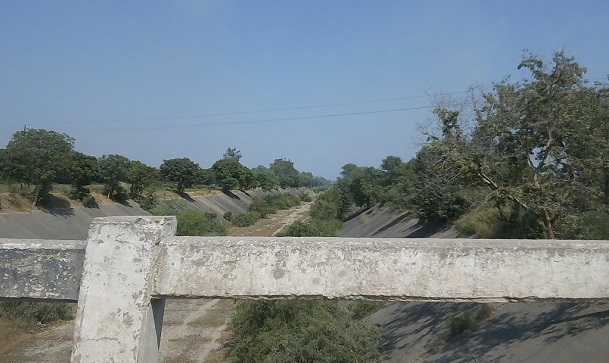 According to Punjab’s ex-chief engineer G. S. Dhillon Haryana is already getting 18 LAF (out of 34 LAF) by additional discharge by Bhakhra Bias Management Board (BBMB) in Bhakhra Canal.

According to experts Hansi-Butana canal was part of a larger plan. In an early interview with the Sikh Siyasat News (SSN), Gurbir Singh Dhillon, former chief engineer of Punjab, had informed that the controversial Satluj Yamuna Link (SYL) canal was to take out 34 LAF river water of Punjab to Haryana. He revealed that Haryana was already getting 18 LAF (out of 34 LAF) through Bhakhra canal. He said that BML had capacity to take out remaining 16 LAF water as well but the capacity of Haryana’s existing canals was exhausted, therefore Hansi-Butana canal was built in order to take out remaining 16 LAF through BML.